A Nigerian skincare specialist has been gifted N2.5 million by her man for saying “YES” to his marriage proposal.

The lady, who is popularly known as @swiss_scarlet, shared a video of the surprise proposal on her Instagram page and it has garnered massive reactions.

In the video, the waiters brought a dessert plate which had “Will you marry me?” boldly written on it, alongside a cake slice and the engagement ring.

Initially, she was indifferent about the covered plate but her boyfriend insisted that she opens the plate and her reaction after seeing the question was priceless. 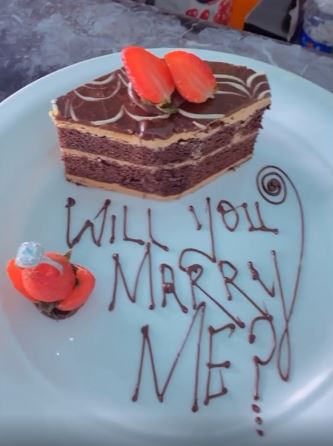 The excited “bride-to-be” accepted his proposal without giving it much thought, unknown to her, that her man had something else planned for her.

While she was still admiring her ring, the waiters brought an envelope containing N2.5 million and presented it to the her. 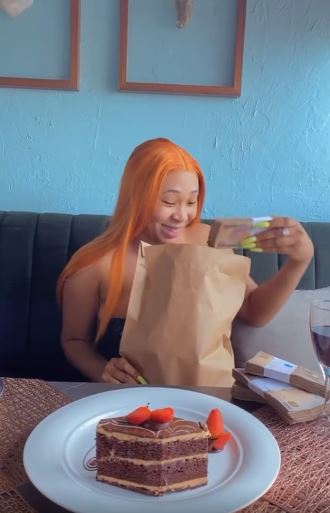 According to the man, the money is her reward for standing by him when he had nothing and for saying YES to his proposal.

A post shared by BEAUTY TREATMENT AND ROUTINE (@swiss_scarlet)

How it started Vs How it’s going: Couple who have known since they were toddlers get engaged

”Mbong is fine and not missing. Stop using your daughter as a pawn’- Georgina Onuoha threatens to report Jeta Amata to the FBI

‘You’re in shame now, will you still sell your house? Actress Iyabo Ojo under attack over the release of Baba Ijesha