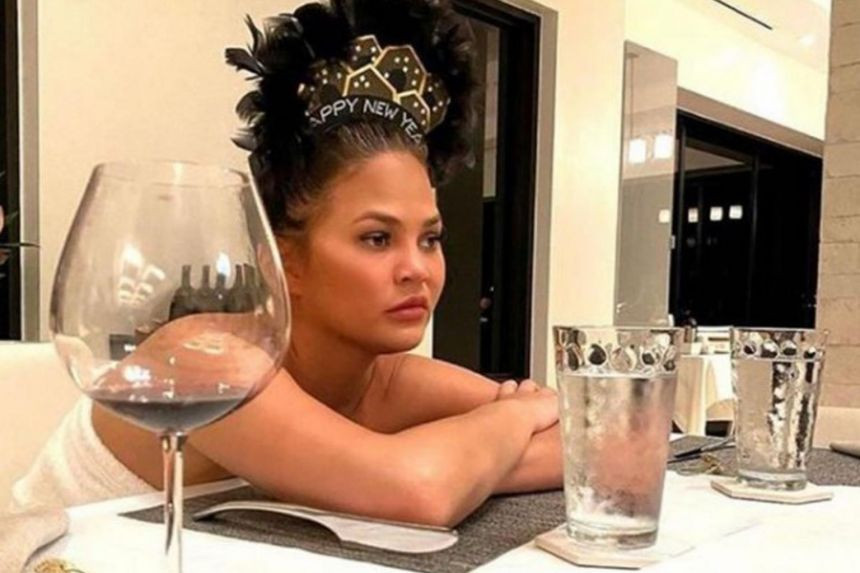 Model and TV personality, Chrissy Teigen has announced she’s been sober for 50 days.

Teigen who has had issues with alcohol for a while which was exacerbated last November after she lost her baby, said she decided to give up drinking on her birthday last year.

The mother of two admitted that she doesn’t know if she’ll ‘never drink again,’ but confessed that drinking ‘no longer serves her in any way’.

Today is my 50 day sobriety streak! it should be nearly a year but I had a few (wine) hiccups in the road. this is my longest streak yet! I still dunno if I’ll never drink again but I do know it no longer serves me in ANY way. I don’t get more fun, I don’t dance, I don’t get relaxed. I get sick, fall asleep and wake up sick, having missed what was probably a fun night.

I had my fun with it and appreciate anyone that can enjoy it responsibly!!!! this is also my third day this week working out which is unheard of for me, and my bears are notttt making it easy but loving @movewithnicole on YouTube!!

The comments section was flooded with messages of support, including from husband John Legend, who typed seven red heart emoji.

Chrissy Teigen has quite been open about her relationship with alcohol and the history of alcoholism in her family.

Former US presidential candidate, Pete Buttigieg and husband Chasten announce the birth of their adopted children