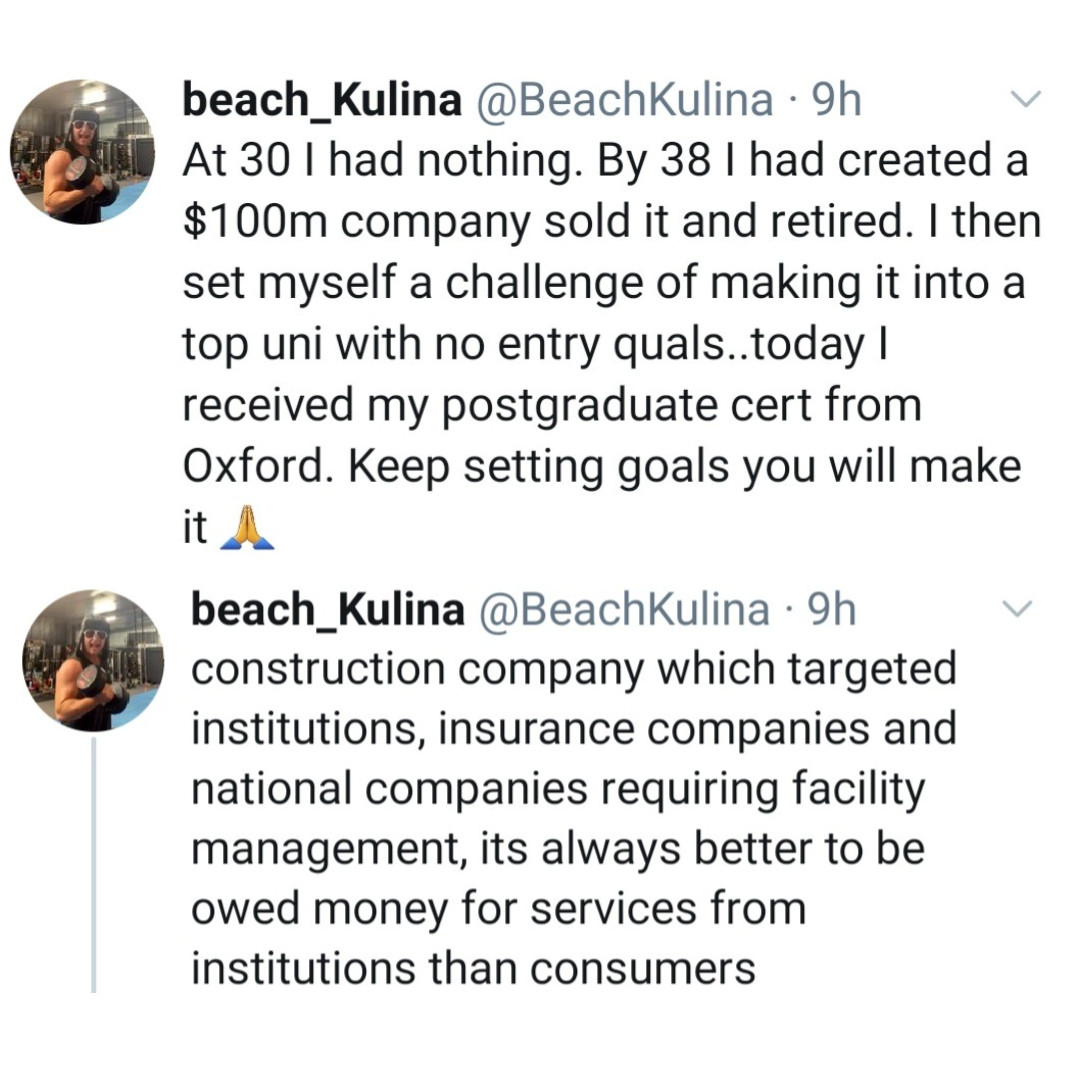 “At 30, I had nothing. By 38 I had created a $100m company” Man shares grass to grace story to encourage others

A man has narrated how he retired at 38 after selling his company valued at $100 million.

The Twitter user said that at 30, he had nothing but at the age of 38, he had built a $100 million company, sold it and retired.

He added that he then returned to university after that and just graduated with his postgraduate certificate from Oxford University.

Asked how he did it, he explained that he started a construction company and targeted institutions and insurance companies requiring facility management.

He said he was fortunate to have gone into the business at a time when the services of construction workers were needed due to cyclones, bush fires and earthquakes.

He encouraged those who are trying to “keep setting goals”.

BBNaija star, Khloe flaunts her banging body as she poses on a Yacht (photos)

BBNaija: “I expected you to be among Top 5 but you decided to eat the forbidden apple”