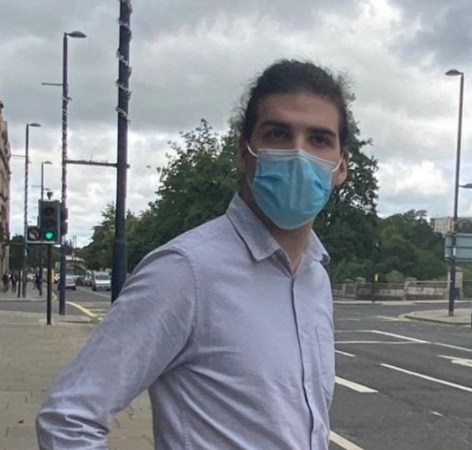 He was also caught with a number of child abuse images in his possession.

Ewan Cole, from Stanley in Perth, Scotland, was caught having an “unnatural connection” with a dog in a home video.

Perth Sheriff Court was told that one of the dogs was recovered from Cole’s home in Manse Crescent after being identified by its tail.

Cole also possessed “extreme pornographic images depicting in an explicit and realistic way” a man having sex with a dog and performing a sex act with a dog.

He also pleaded guilty to having indecent photos of children between 12 December 2019 and 3 March 2020.

The 20-year-old appeared in court but the sentence was deferred in order to prepare psychological reports.

Fiscal depute Lora Apostolova told the court: “Confidential information was received by Police Scotland, indicating that indecent images of children may be held on devices at a property in Manse Terrace.

“Just after 7am on 11 March 2020, police lawfully executed a search warrant at the address. An iPhone belonging to the accused was recovered and subjected to full forensic analysis.

“Four inaccessible extreme pornographic videos were recovered from the phone. One of the videos appeared to feature the accused.”

She said one of the videos clearly showed a man performing a sex act on a canine with a creation date of 15 September 2019.

Other videos show a black and white collie performing a sex act on a man and a third clip showed a man sexually assaulting a black and tan dog, Ms Apostolova told the court.

Ten still images were found by police which including three at Category A – the most obscene – as well as 13 inaccessible videos, with five of those at Category A.

Ms Apsotolova continued: “None of these were accessible to the user in their current state. The images depicted male and female children, between the ages of one and 13 years, participating in sexual activity with adults.”

Queen, Saga, Saskay, Liquorose, Jackie B, Whitemoney and Jaypaul up for eviction as Emmaniel wins Head of House challenge