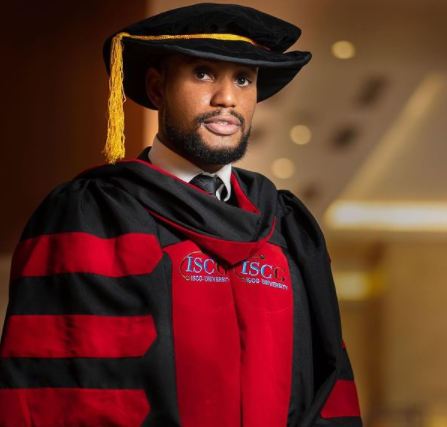 Failure is an integral part of success. Sometimes we have to fail to succeed

Actor Alex Ekubo has broken his silence more than two weeks after his fiancée Fancy Acholonu called off their engagement and wedding plans.

The end of their relationship came to many as a shock as the couple got engaged in May this year and were already planning their wedding for December. Fancy on August 26 called off their engagement saying that she made the best decision for herself and also believes it is important everyone lives in their truth.

In a post shared on his Instagram page today, Alex said every successful person must fail at one point or the other in life.

Full video of our trip to the Republic of Benin, to receive my Honorary Doctorate degree in Arts & Culture from the Institut Supérieur de Communication et de Gestion (ISCG UNIVERSITY)

I want to specially thank my brothers, who made this trip an unforgettable one, I am forever indebted to you guys, I won’t forget this in a hurry.

Failure is an integral part of success. Sometimes we have to fail to succeed.”

BBNaija: Whitemoney, Liquorose, 6 others nominated for eviction before HoH games