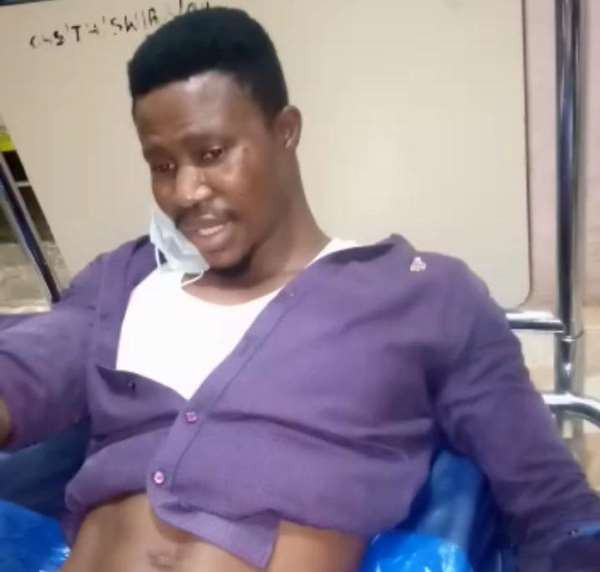 Remand prisoner chews off inmate’s testicles during a fight

A remand prisoner has been accused of chewing off a fellow inmate’s testicles during a fight in a holding cell.

Officers at the Tafo Pankrono Divisional Police Command in the Ashanti Region were said to have been shocked when the prisoner chewed off the testicles of another inmate, leading to him being hospitalized in a critical condition.

The inmates Jafaru Boakye and Awudu Abdulai had a fight, and it was gathered that Abdulai bit the testicles of Boakye, leaving him with life-threatening injuries.

Abdulai has already been arraigned in court.

Actor, Ibrahim Suleiman reveals a friend blocked him from getting a job