BBNaija: I will give my wife a second chance — Tega’s husband on adultery

Husband of controversial Big Brother Naija Housemate, Tega finally had a sit down, with blogger, Tunde Ednut, and he opened up as regards the events involving his wife’s rendezvous while in the house.

Speaking with blogger, Tunde Ednut, AJ Money revealed that contrary to Tega’s claims, they never reached an agreement permitting her to get intimate with male housemates.

“I am going to be honest, before she left for the big brother house, she said something like she was going to do everything but she was not going to have sex. I was like ‘I don’t understand. What do you mean like everything? C’mon, if you go in there and act anyhow, we are in Nigeria. If you act anyhow, people will vote you out and judge you. So if you are going there, represent us as a married woman.’ That was what I told her which she agreed with me. So I really don’t understand what I was seeing on TV. I was really broken.”

While admitting he was yet to speak to his wife since her Sunday eviction, the father of one shared that her display on the show was shocking as she had never showed signs of infidelity.

“We are very very responsible. Tega is a very good girl so I wonder why she just went there and did what she did…I feel broken like my ego has been tampered with. I can’t even leave my house ’cause there are a lot of stories on the streets.

“I am surprised and I didn’t believe that was my wife. Tega is a god-fearing woman. She has never for one day disobeyed me or even tried to…Mehn! This is a different Tega I am seeing.” 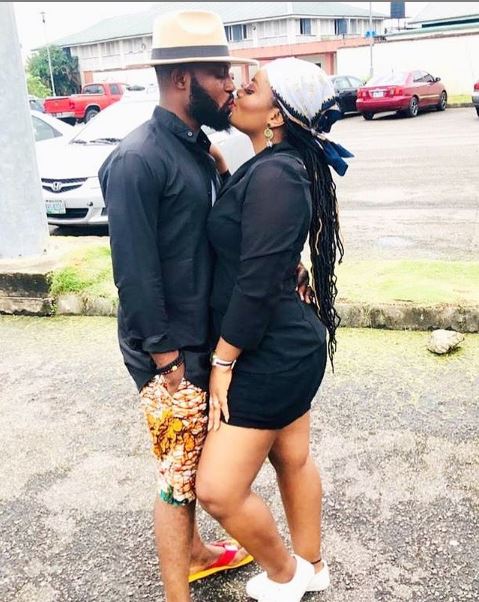 Reacting to questions on what the future holds for them? AJ Money shared that he has no plans of turning his back on his wife as this will be the first time she will be embroiled in such a mess.

“I know she knows what she did was very bad but she needs us more than ever. I don’t think I should abandon her because she needs me. If she comes back and says she is really sorry, I will give her a second chance.”

Watch the full interview below:

“This thing never happened” Bobrisky finally debunks claim that he had an affair with Mompha. (Video)

“I’m not lucky with friends, they always stab me in the back” – Bobrisky laments

UPDATE: ‘Slay queen’ arrested by EFCC shortly after she showed off her lavish lifestyle on Facebook, jailed for internet fraud