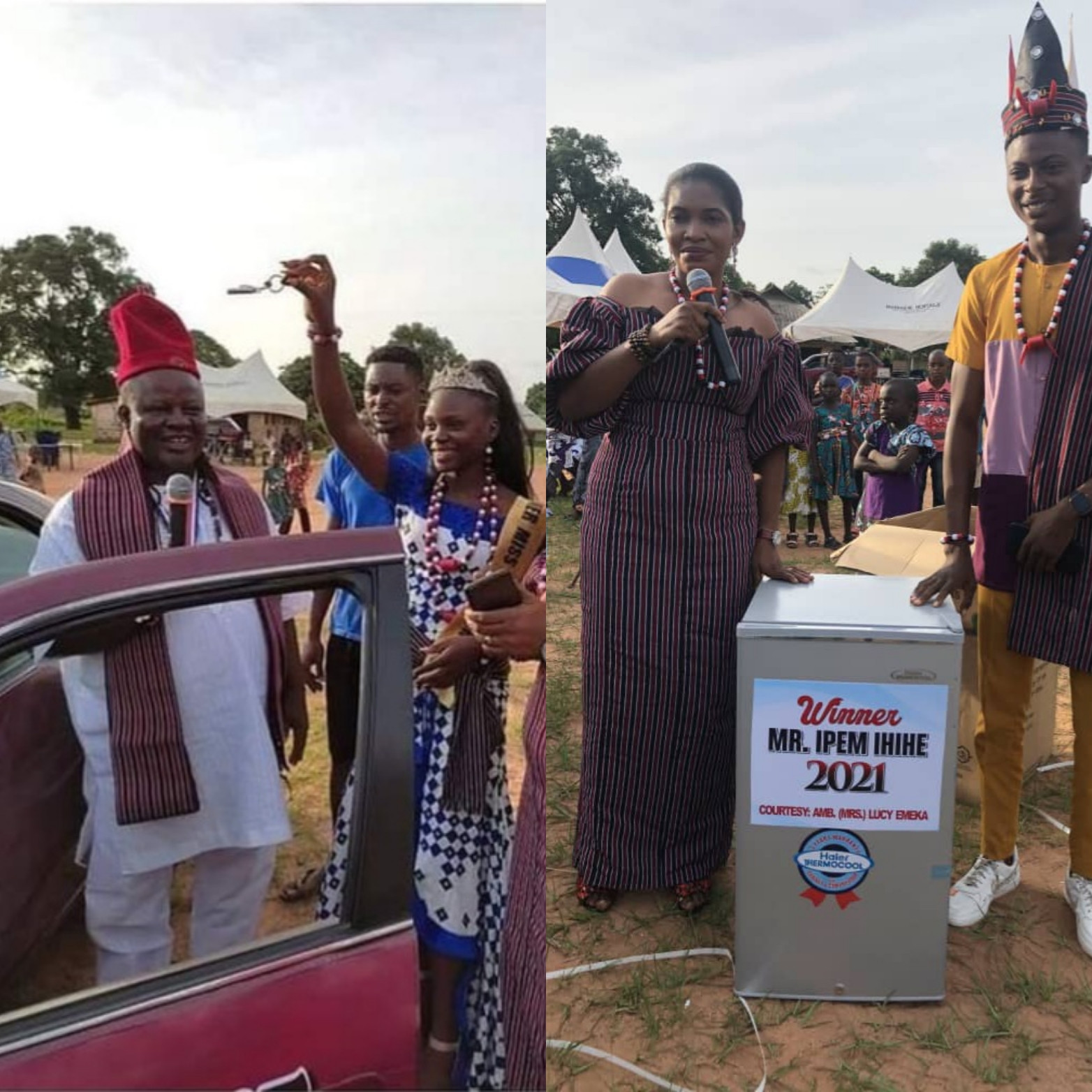 Gender inequality or not? Gifts given to winners of Mr and Miss Ipem Ihihe pageant starts debate

The Ipem Ihihe 2021 pageant held in Cross River State over the weekend but has remained a topic of discussion days after.

The woman who emerged winner of the Miss Ipem Ihihe pageant was given an old car that has raised brows, with some saying she would have been better off with a cash gift.

Meanwhile, the man crowned Mr Ipem Ihihe was given a mini freezer.

While many are talking about the quality of the prizes, others have questioned why the woman got a car and the man was given just a freezer.

Some have said this is an instance of gender imbalance against men and are calling for a conversation about this.