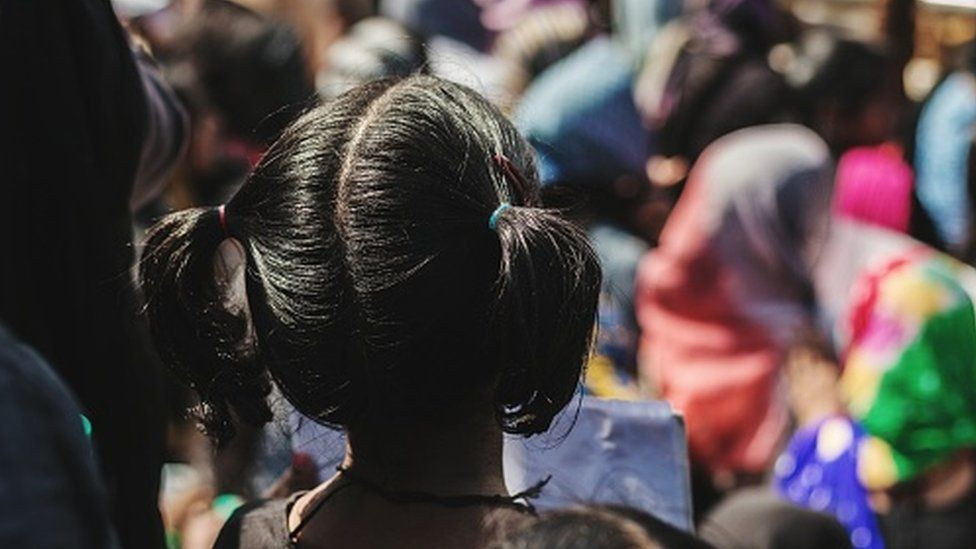 Six minor girls in central India were stripped and paraded naked as part of a village ritual to ‘summon rainfall’.

The shocking incident took place in a  village suffering from drought in the Bundelkhand region of Madhya Pradesh state.

In videos that has gone viral online, the girls reportedly as young as 5 were walking naked with a wooden shaft on their shoulders which had a frog tied to it.

The video shows the girls, walking together in a procession, followed by a group of women singing hymns.

Reports say indigenes believe the ritual will appease the rain god and bring rainfall to the region.

The walking procession stopped at every house in the village and the children collected foodgrains, which were later donated to the community kitchen of a local temple.

“We believe that this will bring rains,” PTI quoted a women in the procession as saying.

Damoh district collector S Krishna Chaitanya said the girls’ parents had consented to the ritual and had even participated in it.

“In such cases, the administration can only make the villagers aware about the futility of such superstition and make them understand that such practices don’t yield desired results,” he added.

After the videos went viral, India’s National Commission for Protection of Child Rights sought a report from the administration of Damoh district, where the village is located.

The Madhya Pradesh police said they had not received any formal complaint against the event, but added that they had opened an investigation.

“Action will be taken if we find the girls were forced to walk naked,” Damoh superintendent of police DR Teniwar told news agency Press Trust of India.

In India, some communities hold yagnas (Hindu fire rituals), others marry frogs or donkeys or take out processions singing songs in praise of the rain gods.

The Big Brother House is a place people on the outside will never understand, being married limits your game