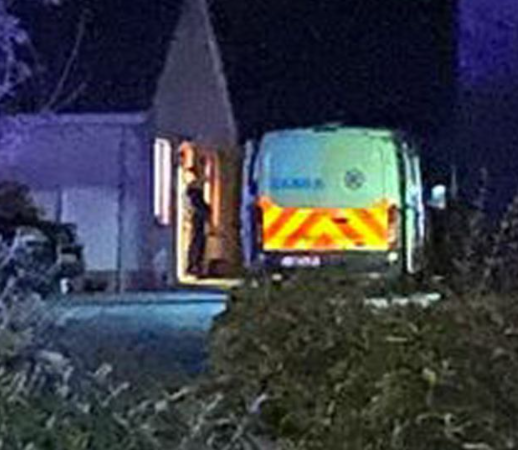 The bodies of a husband, wife, and son have been discovered in a suspected murder-suicide.

All three, who are members of the same family, died from gunshot wounds and their bodies were discovered at the scene in Lixnaw, near Listowel, Ireland.

A woman in her 60s and a man in his 20s were found inside the house while the body of a man in his 60s was located outside the back of the home.

Gardai are currently at the scene of the incident, while the State Pathologist and the Garda Technical Bureau have been contacted, the Irish Mirror reports.

The area is currently preserved and investigations are ongoing.

A police spokesperson said they are currently not looking for anyone else in connection with this incident.

They said: “Gardai in Listowel are currently at the scene of an incident at a domestic residence in North County Kerry, this evening, Tuesday 7th September, 2021.

“All three bodies have gunshot wounds. A firearm has been recovered at the scene.”

Irish government minister Heather Humphreys tweeted: “My deepest sympathies to all impacted by the truly awful tragedy in Lixnaw. The shock and devastation being felt by the family and the community is unimaginable.

“An Garda Síochána is engaging with the local community and will carry out a full investigation.”