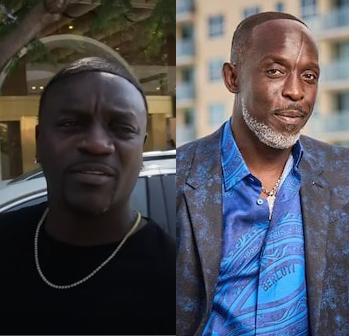 Akon says the death of his good friend, Michael K. Williams, proves the rich and famous struggle more than the poor.

The singer said the actor, who was found dead at home from an apparent drug overdose, is the latest example of how the “facade of success” can send celebrities into a tailspin.

Speaking to TMZ on Tuesday, September 7, at Petrossian in Los Angeles, Akon gave an insight into the reason for Williams’ death.

Akon said: “Dude, the famous and the rich go through more issues than the poor.

“You know when they say more money, more problems, that’s a real thing.”

He also talked about how the pandemic has masked real mental health struggles.

Akon then warned that drugs and alcohol never solve difficult issues, instead they send people down a dark path that, in Michael’s case, ends in tragedy.

“Your exes are not the problem, work on your choices” – Relationship expert, Blessing Okoro tells Tonto Dikeh

Police confirms escape of suspect from custody in Edo