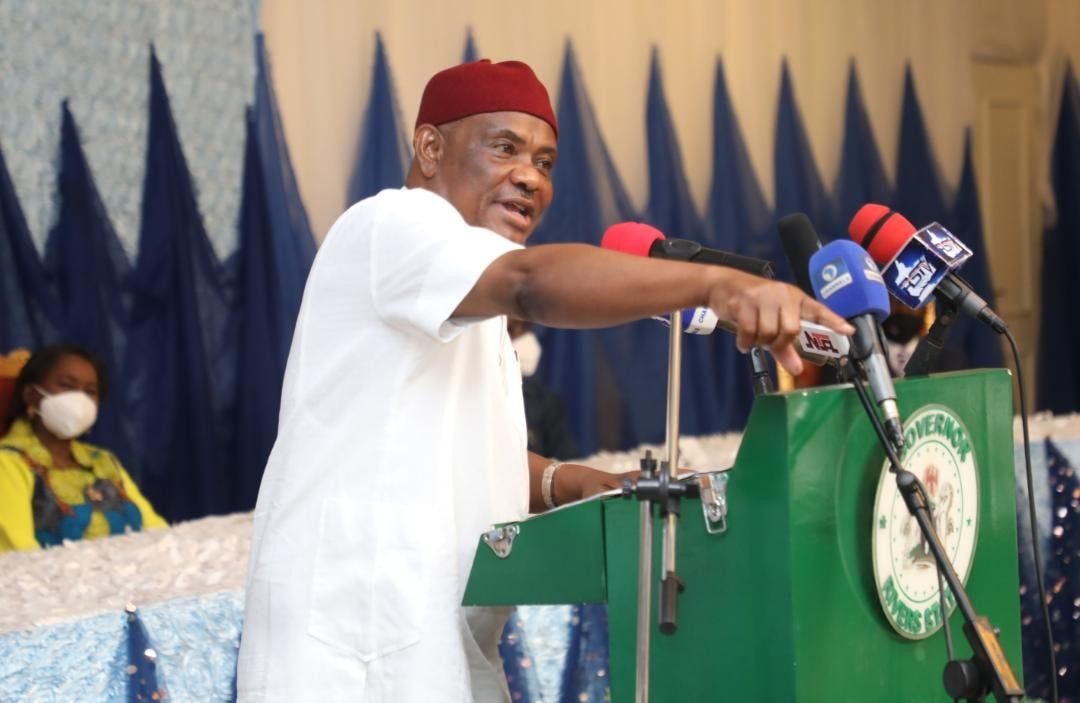 There should be a psychiatric check on him

Rivers State Governor, Nyesom Wike, has taken a shot at his Ebonyi State counterpart, David Umahi, who prayed that God will give Nigeria another president who has a good heart like President Buhari in 2023.

Recall that Umahi stated this on Monday while addressing State House correspondents after meeting with the President at Aso Villa in Abuja.

Speaking at a stakeholders’ meeting in Port Harcourt on Wednesday, September 8, Governor Wike said that Umahi needs to undergo a psychiatric check, adding that the President himself knows that God won’t give the country another leader like him in 2023, Punch reports

“That was how a governor was saying that he prays that Nigeria gets another President like Buhari. I said what has gone wrong with him? You mean there shouldn’t be (a) psychiatric check on the governor? Sycophancy,” Wike said.

“And you know that President knows that you are telling lies to him. He (Buhari) knows. It is unfortunate. May God help us.” he added.