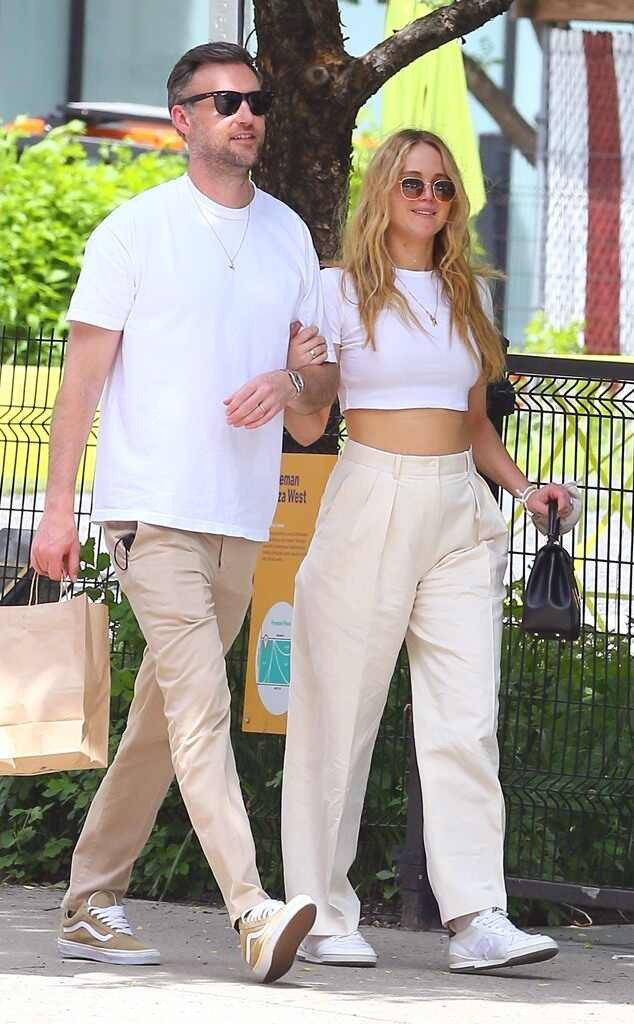 The actress’ representative confirmed the news to People and TMZ on Wednesday, September 8, but added that it’s currently unclear when she’s due or if she’s going to have a boy or girl.

Jennifer has previously made it clear she would love to start a family. The actress told Diane Sawyer in 2015, “I definitely want to be a mother.” The next year, she shared with Glamour, “I imagine I’ll have children, and then my whole life will just seem complete.”

Lawrence and Maroney were first linked in June 2018 and the star and the art dealer, 37, were engaged the following February. The couple tied the knot on Oct. 19, 2019, in Rhode Island.

Maroney and the Hunger Games star held a wedding reception for 150 guests, including celebrity friends Adele, Amy Schumer, Kris Jenner and Emma Stone. During an appearance on a podcast in October 2020, the Oscar-winning actress said her one wedding regret involved her Bachelorette party.

“I had a major sleepover at my apartment, but I will say I regret not planning a big one.

“My friend was getting married close to me, and I went to her Bachelorette, and then we ended up—typical Leo—we called it my Bachelorette.”