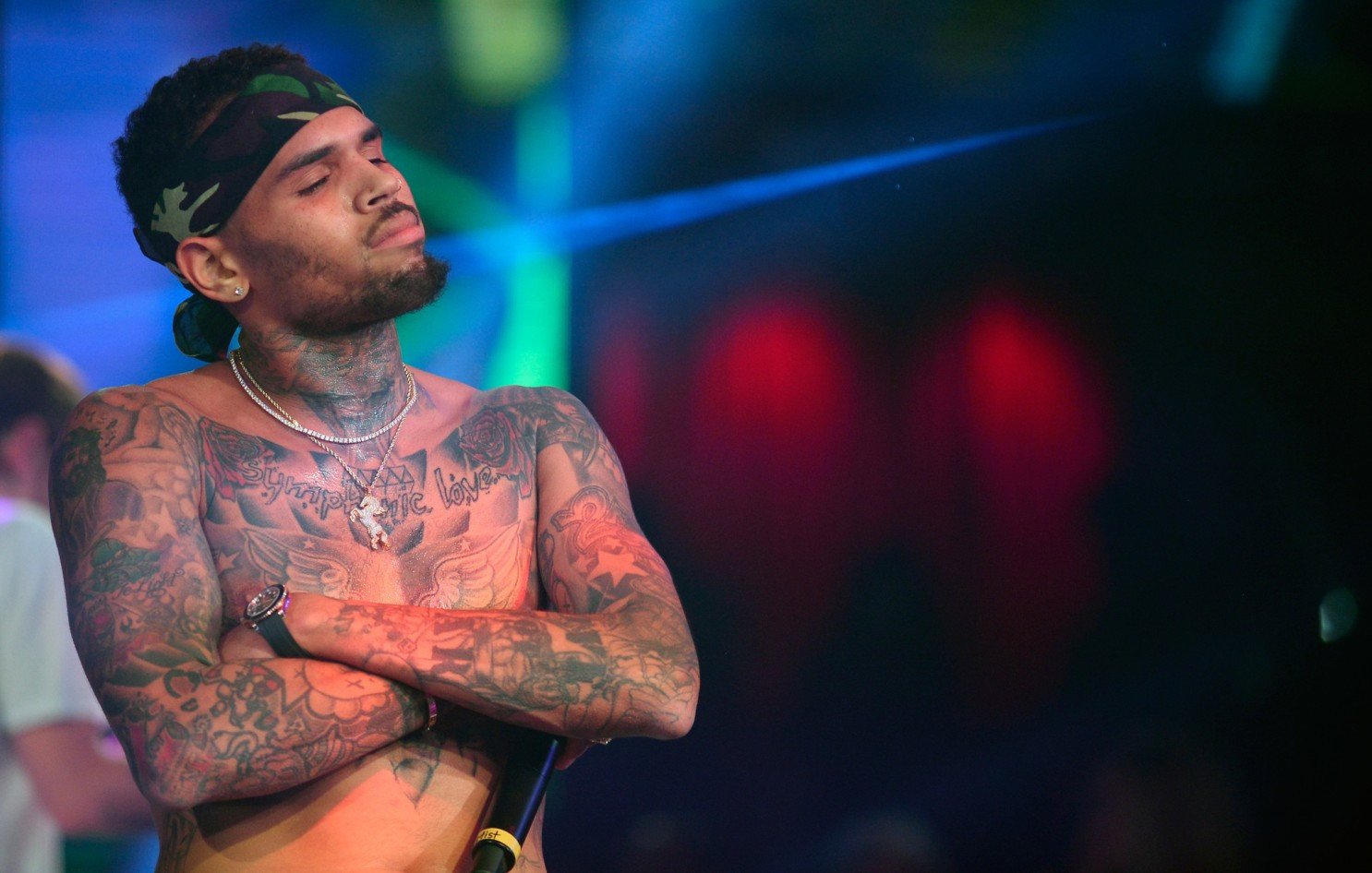 Chris Brown’s home has been visited by the police after being called in following an alleged battery involving his security team.

The police were called in to Chris Brown’s San Fernando Valley home after a man came riding up to the property on a motorbike. After the singer’s security lit the guy up with a flashlight to figure out if he was a guest or just someone cruising the neighborhood, they stopped him and asked why he rode up to the house.

TMZ reported that the man who got irritated while being questioned, spat on the guard’s face and rode off into the night.

The Los Angeles Police took a battery report, but so far no arrests have been made.

This is at least the third time in 5 months, cops have been called to Chris’ home. LAPD broke up his massive birthday party in May and in June they responded to another battery call at the home after a woman claimed Breezy smacked her weave off.

“I asked God to make my child look like his mother, not me” – Actor, Mr Ibu