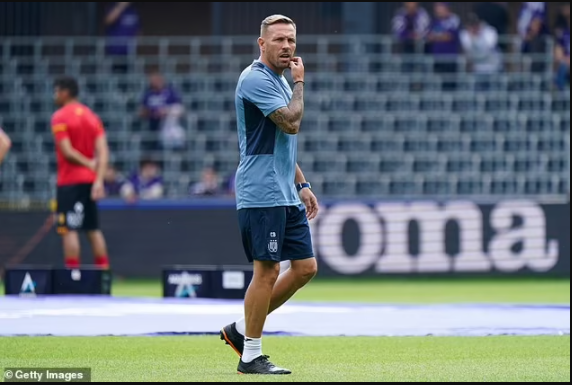 Craig Bellamy has quit his role as assistant manager at Anderlecht to deal with depression.

The former Wales, Liverpool and Manchester City striker revealed last year that he had been diagnosed with the condition, which affected him during his playing days, too.

Bellamy was made Vincent Kompany’s assistant at the Belgian club two years ago. The club posted a statement on their website last night revealing that Bellamy’s depression had resurfaced.

Anderlecht said he had taken ‘a very difficult, but very necessary decision concerning his health. Bellamy said goodbye to the players in the dressing room on Sunday afternoon after the 7-2 victory against KV Mechelen.’

Sporting director Peter Verbeke added: ‘The enormous energy Craig has given us all is priceless.

‘It is therefore logical that we must give him all the time and rest he needs. The whole club stands firmly behind him in this difficult period.’