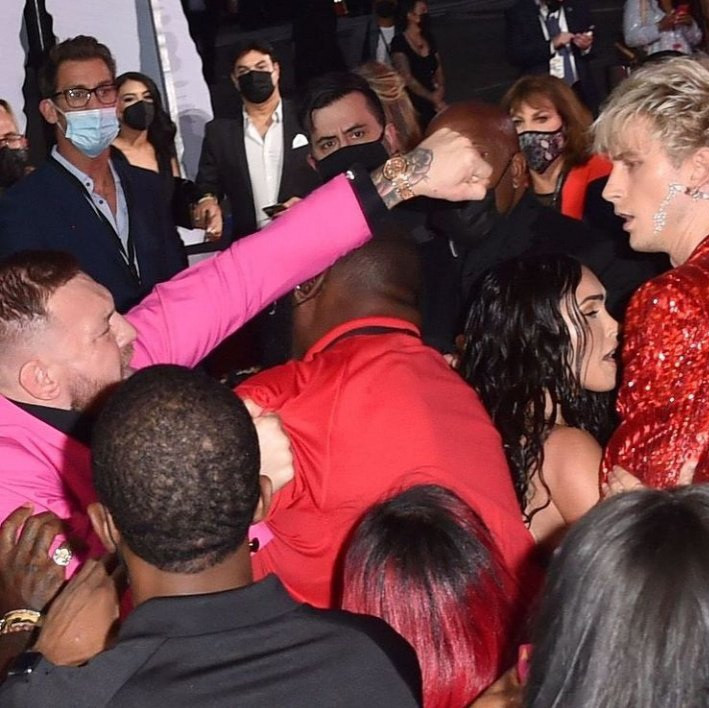 Conor McGregor has reacted after fighting with Machine Gun Kelly on the red carpet at the MTV Video Music Awards on Sunday night, September 12.

According to TMZ, the fight started after McGregor tried to say hello to MGK. The UFC fighter reportedly stuck his hand out and started walking up to the singer. But MGK said something that McGregor couldn’t hear and MGK’s security pushed McGregor away which caused him to spill his drink. McGregor then threw his drink at Kelly and the two then got into an altercation and they were forced to be separated.

Speaking to ET after the fight, Conor said he doesn’t know who MGK is and only fights real fighters,

“I don’t even know the guy to be honest with you.”

When asked if the fight was just a rumor, Conor McGregor said it was as he only fights real fighters.

He said: “Just rumors. Nothing happened with me. I only fight real fighters. People that actually fight.

“I certainly don’t fight little Vanilla Ice white rappers. I don’t even know the guy. I don’t know anything about him, except that he’s with Megan Fox.”