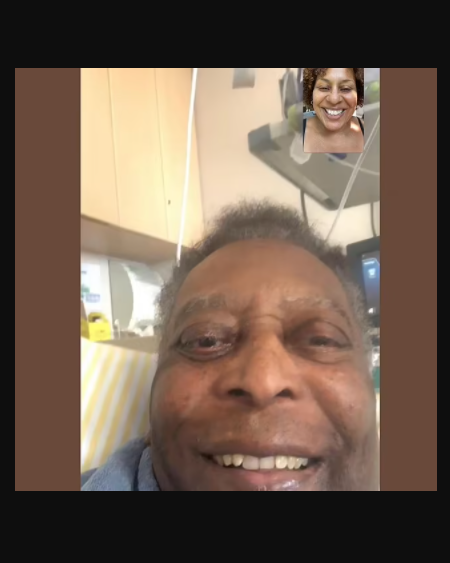 Football legend, Pele to be moved out of intensive care after his successful surgery to remove colon tumour

Pele is set to be moved out of intensive care in the next day or two as the football legend continues his recovery from surgery, his daughter Kely Nascimento said.

The 80-year-old, three-time World Cup winner has been in the Alberto Einstein hospital in Sao Paulo since doctors removed a tumour from his colon earlier this month.

‘He is doing well post-surgery, he is not in pain and is in a good mood (annoyed that he can only eat jello but will persevere!). He will move into a regular room in the next day or two and then go home,’ Nascimento said on Instagram.

‘He is strong and stubborn and with the support and care of the brilliant team at Einstein and all of the love, energy, and light that the world is sending, he will get through this!’

His suspected tumour was detected during routine tests, and Pele underwent successful surgery.

After the procedure, his medical team said he was ‘conscious, conversing actively and is maintaining normal vital signs.’

Further providing a positive update on his health, Pele posted an archive image of himself on Instagram.

He wrote: ‘My friends, with each passing day I feel a little better. I’m looking forward to playing again, but I’m still going to recover for a few more days.

‘While I’m here, I take the opportunity to talk a lot with my family and to rest. Thanks again for all the loving messages. We’ll be together again soon!’

Pele, the former Santos forward, has struggled with health issues for several years.

He required surgery on his prostate in 2015, having been admitted to hospital twice in the space of six months.  In 2019, he was admitted again for a urinary infection.

‘I won’t leave him, even if he gets every woman pregnant’ Wife of Kunle Afod roasts troll against her marriage