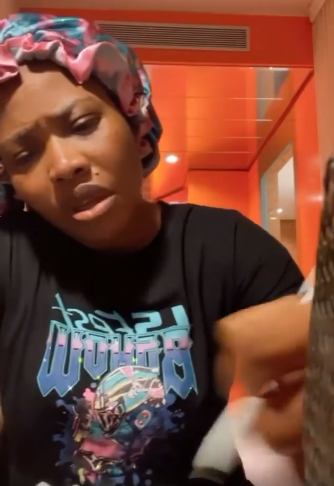 Actress Doris Ogala has called out her colleague’s ex-boyfriend who she addressed as Mr Kata Hansious.

She alleged that he is a serial blackmailer who met her colleague one month after he was released from prison. According to her, this alleged blackmailer’s victims include senators, former and current Governors, an NDDC MD and many others.

Asides claiming to have proof of payments Mr Kata got from his victims, she also claimed to have phone numbers of married women he sleeps with in Delta state and that of their husbands.

Stressing that this alleged blackmailer never spent on his ex-girlfriend while they were dating, she alleged that her colleague was the one spending and making sure he was comfortable.

Ogala also alleged that this blackmailer paid a blogger to release an audio tape of his ex-girlfriend.

She further threatened to get him arrested if she comes for him, making sure he is treated in a way that will make him respect women and would also release names of his other victims.

This is coming after an audio tape of Tonto Dikeh begging her ex-boyfriend, Prince Kpokpogri was released. While the Delta-born politician has denied being behind the release and also alleged that there is blackmail plot against him, Tonto has said that the released audio tape has no link to why they broke up.

It has also been reported that they broke up on grounds of cheating. Watch the video below……