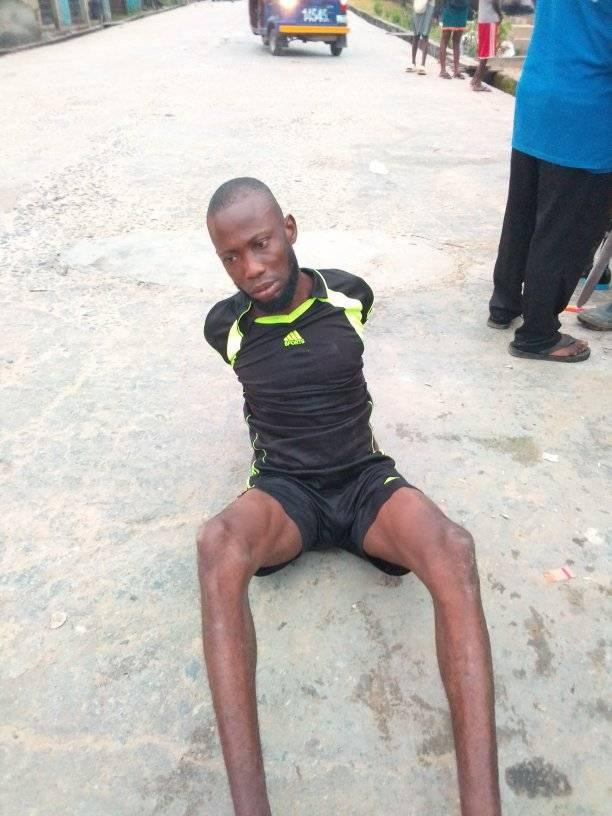 A young man has been apprehended for allegedly stealing a TV set in Yenagoa, the Bayelsa state capital. The suspect was caught by members of the Yenagoa Central Security a.k.a Yenta Force in Obele street on Tuesday, September 14.

Cross breaks down in tears after his clash with Nini (video)