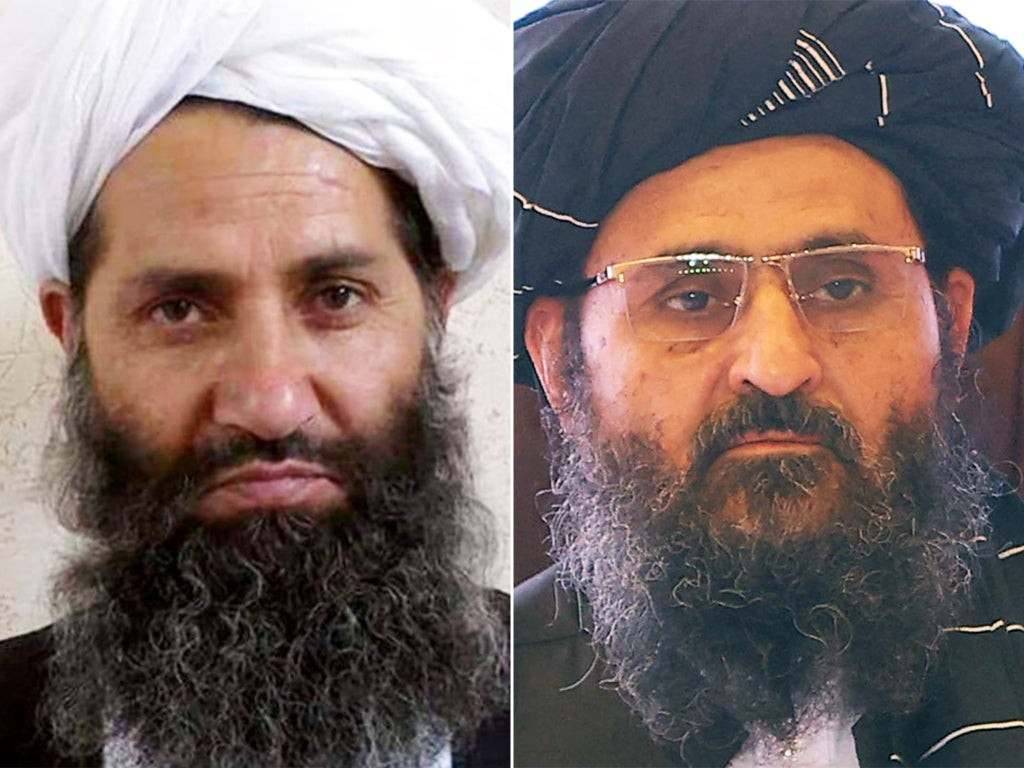 Two Taliban leaders have been reported missing following a major row at the presidential palace in Kabul following a dispute over the formation of the new government, sources have revealed.

An argument broke out between the Taliban’s co-founder Mullah Abdul Ghani Baradar and Khalil ur-Rahman Haqqani, the minister of refugees in the current government and a prominent leader of the US designated terrorist organisation Haqqani network, sources told BBC Pashto.

According to a Taliban source, the two exchanged strong words while their supporters clashed with each other nearby.

The news of an internal rift comes as speculation has been mounting over the disappearance of the Islamist group’s two top figures, supreme leader Mullah Haibatullah Akhundzada and deputy prime minister Mr Baradar -from public view.

Baradar was also absent from the ministerial delegation that met with Qatari foreign minister Sheikh Mohammed bin Abdulrahman Al-Thani in Kabul on Sunday – an occasion he would usually have attended.

The Taliban has denied both the reports of rift and rumours as “baseless propaganda.”

Baradar, who was one of the co-founders of the group and headed the Taliban’s political office, was tipped to be the next prime minister by Taliban officials. But instead he was made first deputy to interim prime minister Mullah Hassan Akhund.

Baradar was also the first Taliban leader to communicate directly with then US president Donald Trump in 2020 and signed the Doha agreement in February 2020. He is considered a “moderate” within the leadership.

It is said that the arguments took place in Kabul as Baradar was unhappy about the make up of the new cabinet and there was disagreement over who should take credit for their victory in Afghanistan.

Baradar reportedly wanted to put emphasis on the diplomatic efforts, for which he was largely responsible, while the Haqqani group placed more emphasis on the military victory that paved the way for the takeover.

The Haqqani network is designated a foreign terrorist organisation (FTO) by the US, and its head, Sirajuddin Haqqani, has been given the position of acting interior minister despite the FBI placing a $10m bounty on his head.

The network is linked to some of the worst attacks in Afghanistan against foreign forces and the Afghan government.