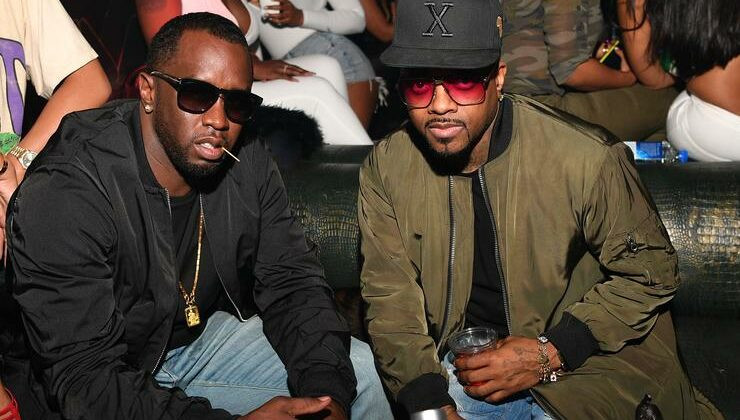 Your arms is too short to box with God. I’ll smash you

Jermaine Dupri threw down the gauntlet by tweeting;

Somebody let @Diddy know I’m @thegarden right now ! And he gon need some training for me

Diddy knocked down the So So Def founder’s challenge and responded by saying that Dupri “aiint got enough hits.” According to 51-year-old music producer, he’d “smash” him with the records he has with just Biggie Smalls and Mary J. Blige.

Diddy also told his rival that his “arms are too short to box with God!”. He ended his tweet by rekindling the legendary East Cost-West Coast rivalry, saying “Dr. Dre the only one that can get in the ring with me.”

See the exchange below………….

The response from Diddy was received with mixed reactions by fans and those familiar with Jermaine’s production discography.

Soem disclosed that Jermaine recorded hits with Bow Wow, Usher, Mariah Carey, Jagged Edge, Xscape, Da Brat, TLC, Jay-Z, Alicia Keys, Janet Jackson and many others. Others also pointed out that Jermaine has been inducted in the Songwriters Hall of Fame, following the hits he has.

This is not the first time that Dupri has suggested battling Diddy. The super-producer previously spoke to Fat Joe back in 2020 and said he’d be more than down to go up against the Bad Boy Records founder.