Big Brother has replayed a video which captured the moment Saga said ill things about his bestfriend, Pere in the presence of all housemates.

During a late night conversation with his love interest Nini, Saga in hush tones stated that Pere is forcing a friendship with him. 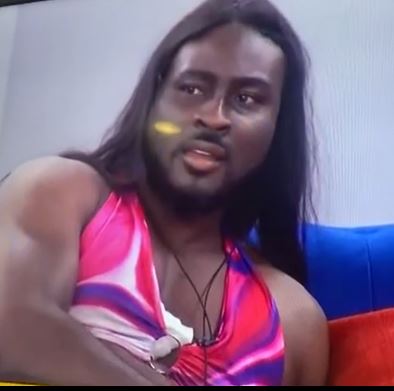 He added that since Maria left Pere has been lonely and might commit suicide, he also described Pere as an instigator.

However, during the Sunday live eviction show the host, Ebuka asked Saga about his relationship with Pere and contrary to what he said some nights before, he described Pere as his good friend.

when Pere asked him about Ebuka’s question after the show, Saga gave Pere a convincing explanation, and have remained cool ever since.

Shockingly on Thursday evening Big Brother called all the housemates to the lounge and replayed the video which captured the moment Saga badmouthed Pere.

On watching the video the housemates were more than shocked to hear such words from Saga who they thought had a good relationship with Pere.

The whole time Pere had on his face a look of shock and disappointment. watch video below,

“Why my wedding to Taaooma wasn’t publicized” – Abula

I am going through a tough time – DJ Cuppy cries out

Liquorose and Emmanuel rewarded for passing the secret task (Video)