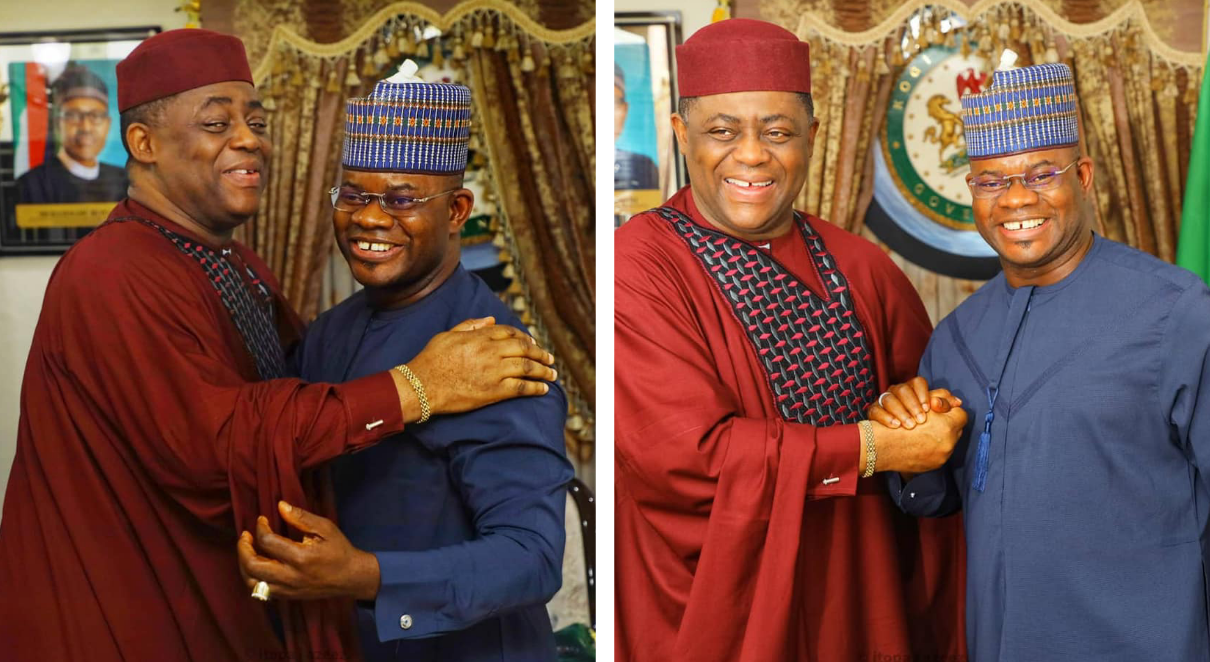 Fani-Kayode, who just dumped the Peoples Democratic Party (PDP) for the ruling party, made the commendation when Governor Bello hosted him on Thursday.

Fani-Kayode was earlier led on a visit to President Buhari in the State House by the Governor of Yobe State and All Progressives Congress (APC) Caretaker/Extra-Ordinary Convention Planning Committee (CECPC) Mai Mala Buni after his defection from the PDP to the APC.

The former Minister said his decision to join the APC was in view of the renewed vigour, open-door policy, teamwork, acceptability and inclusiveness that have become the hallmark of the APC today.

“Fani-Kayode said having worked closely with some key players in the party like Governor Yahaya Bello in resolving some national issues; he was convinced that the party believed in the unity and progress of the country,” the statement read.

“He commended Governor Yahaya Bello for his convincing role in wooing many oppositions party members into the APC as Chairman, Committee on Sensitization and Mobilization for Women, Youth and People Living with Disability.”

While congratulating Chief Fani-Kayode, Governor Bello assured the former Aviation Minister of equal rights and participation in the APC.

Fani-Kayode reveals why he defected to APC