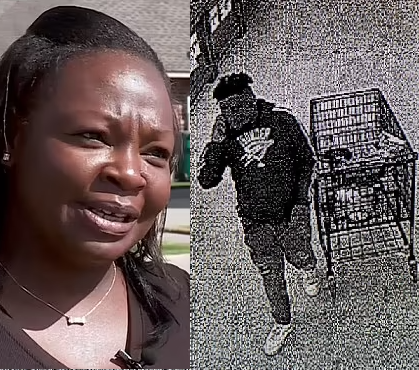 A man defecated in a supermarket freezer before covering his waste with a bag of pizza rolls and a mother touched the poop when reaching into the freezer to grab groceries.

Shirley Wright-Johnson, from Oklahoma City, was at Crest Foods on Sunday, September 12, with her children when she put her hand into the freezer to get a bag of pizza rolls.

She felt something squishy underneath the bag and when she turned it over, she discovered it was poop.

She told News 4 Oklahoma: “I picked up a bag of pizza rolls and there’s literally s**t.

“I was so disgusted I was almost in tears. I was upset. I was disgusted. I feel like I was violated.”

Wright-Johnson says she alerted store employees immediately after making the disgusting discovery. She says she then “bleached” her hands and left the store with her children.

Despite washing her hands, she says the kids complained they could smell it the whole way home.

Moore Police Department confirmed that what the mother touched was human feces.

Upon checking security camera footage, police saw a man taking photographs of female customers in the store, before walking over to the freezer section.

Lt. Kyle Johnson with the Moore Police Department said: “That individual was then observed, went to the cooler section where he proceeded to defecate inside one of the coolers before leaving the business.”

The man can be seen wearing dark jeans and a hoodie with white sneakers as he left the store.

He has not yet been identified, and police are hunting for him.

Southern secessionists are not different from Boko Haram and ISWAP – Gbajabiamila

“My ex-lover, Prince Kpokpogri, is threatening to expose my nudes” – Tonto Dikeh cries out