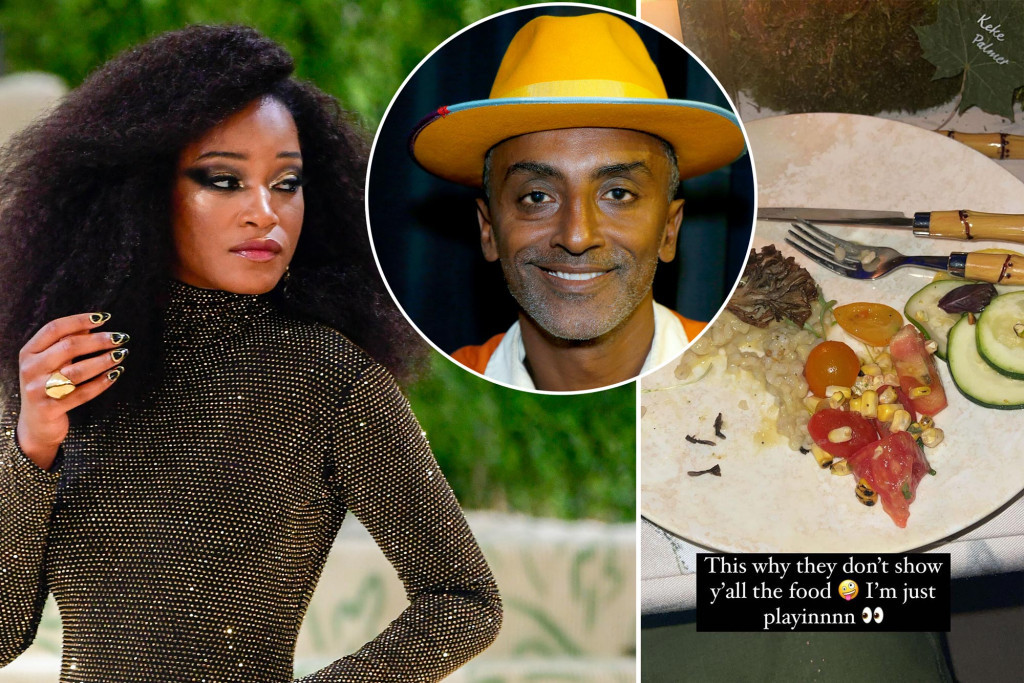 Marcus Samuelsson, a Swedish-Ethiopian chef said to be behind the 2021 Met Gala has reacted to actress and singer Keke Palmer, roasting his menu on social media.

Palmer who hosted Vogue’s livestream on the red carpet on Monday night, had posted a food photo on her Instagram Story and captioned it, “This is why they don’t show y’all the food. I’m just playinnnn.” She subsequently doubled down on Twitter, writing “The menu chile.”

The chef who won Bravo’s “Top Chef Masters” in 2010, told TMZ on Wednesday September 15 that Palmer’s plate was not an accurate depiction because it was barely topped with roasted mushrooms, tomato salad with corn and zucchini slices.

Samuelsson insisted that they served a 3-course meal and believe the gala’s food tasted “plenty good.”

A rep for Vogue exclusively told Page Six on Tuesday September 14, that they were “so thrilled and grateful to have worked with” 49-year-old Samuelsson, despite some of the negative feedback online.

Explaining the backstory behind the dishes they served, the source said;

“The plant-based menu featured recipes from 10 emerging New York-based chefs to celebrate the return of the city’s restaurant industry, which was devastated by the pandemic.”

Before Samuelsson defended his dish, Palmer’s post drew comparisons to the infamous cheese sandwich handed out at the 2017 Fyre Festival.

‘Go back to Alex, he still loves you’ Fans react as Alex Ekubo’s ex, Fancy Acholonu reveals why she does Yoga

Piers Morgan credits Meghan Markle as he wins TV Presenter of the Year award; says she has been ‘great for his career’