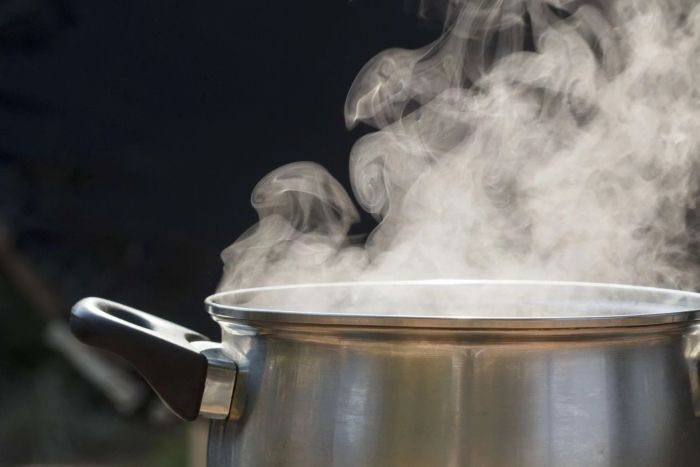 Mistress pours hot water on housewife while she was sleeping

A married woman, Mrs. Adeola Moshood, 33, is critical ill at Gbagada General Hospital in Lagos after her husband’s mistress, Precious Ahanonu, attacked and poured hot water on her after the woman allegedly caught the mistress with the husband.

The incident reportedly happened at Okerube in Abaranje area of Ikotun, Lagos, where the couple reside.

The husband, Aremu Moshood,  opened a fish pond and employed Precious, 26, to manage it.

After a while the husband allegedly started sleeping with Precious and rented a one bedroom and parlour self-contained apartment for her without the knowledge of his wife. He regularly visited Precious secretly.

After a while, Aremu’s business reportedly folded and he was unable to pay the house rent of where he lived with his wife and three children at Ikotun/Igando Road.

Aremu was evicted by his landlord- as a result, he decided to move his wife and children into the apartment he had rented for Precious, temporarily.

It was during that period that the wife discovered that her husband was having an affair with Precious and he was even the person that was paying the house rent.

This caused animosity and constant fights between Precious and Mrs. Adeola to the extent that one day, Precious boiled water and poured it on Mrs. Adeola’s body while she was sleeping around 1.00am.

She was immediately rushed to hospital where she is being treated.

The Police at Ikotun Division have arrested Precious and transferred her to the SCID, Panti, Yaba area of Lagos for the act, where she is facing charge of attempted murder and serious assault .

Two toddlers mauled to death by hyenas in Kenya

My ex-lover, Prince Kpokpogri, is threatening to expose my nudes – Tonto Dikeh