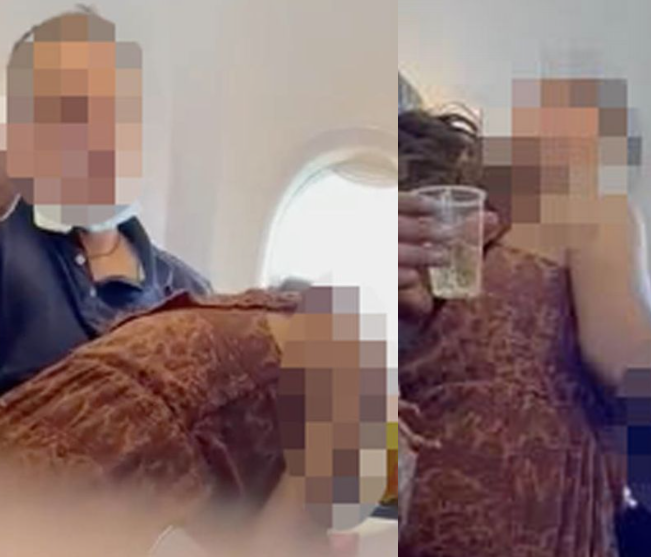 Shocking footage captured the moment a plane passenger was performing a sex act on a man mid-flight.

The video was shared on Twitter by a fellow passenger. It shows a man with a face mask around his neck relaxing against the side of a cabin while his female companion’s head bobs up and down in his crotch.

The couple then start kissing as the man starts fumbling with the woman’s clothes. The woman then pulls her hair back and seems to perform oral sex on him again.

The person who shared the photo wrote in the caption: “Fair play to Ryanair allowing this. I’ll factor this in when making my next flight booking.”

Ryanair’s onboard flight rules state that passengers can be removed from the aircraft if they engage in such behavior.