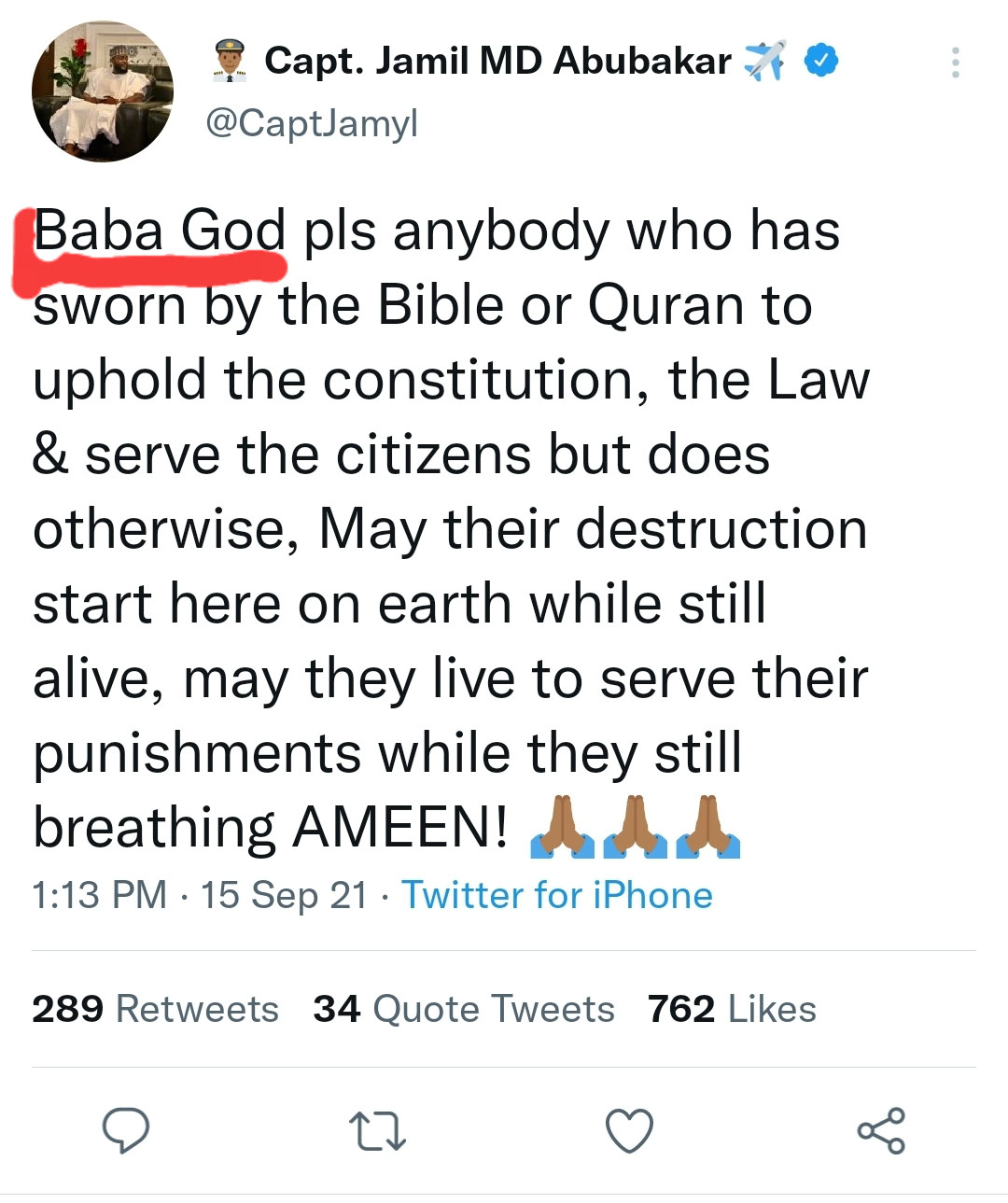 A Texas-based chemist from Kano state, Fahad Ibrahim Dandladi, has called out Jamil Abubakar, the son-in-law of Africa’s richest man, Aliko Dangote, for using the word ‘ Baba God’ in his tweet .

Jamil, a son of former IG of police, Mohammed Dikko Abubakar, had taken to Twitter on Wednesday, September 15, to curse those who swore by the Holy Bible and Quran to serve and protect Nigerian citizens but failed to do so.

Sharing the tweet on Thursday, Mr Danladi expressed his disappointment at a Zamfara Muslim married to a Kano daughter using ‘Baba God’.

“This is one reason why we should make sure our children are attending Islamic schools, in addition to western edu. Can you imagine, a Muslim, from Zamfara state for that matter, married to Kano daughter, is calling God, Father. If the guy is Christian, I will totally understand. Wato boko zalla, tafi cin hanci da rashawa masifa” he wrote.