#BBNaija: How I cheated on my boyfriend with another man because I didn’t enjoy s*x with him – Queen (video)

Big Brother Naija ‘shine ya eye’ housemate, Queen has narrated how she cheated on her boyfriend with another man.

Queen who opened up to fellow housemate, cross during a heart-to-heart conversation on Friday morning, revealed she was in a serious relationship and about to get married to a Lebanese man. 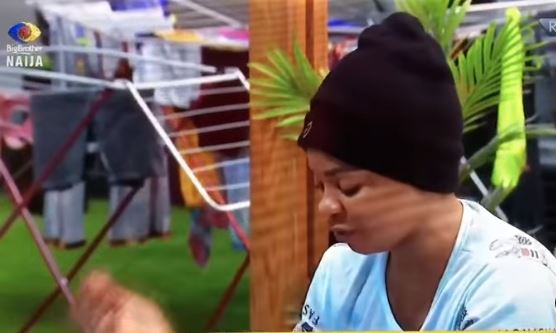 According to her, the man loved her, would go to any length to please her and their families already approved of their relationship and anticipated their marriage.

However, she doesn’t enjoy sex with him which made her cheat on him with another man; a guy in her school.

She noted that he wasn’t circumcised, so she didn’t like the sight of his manhood.

In other news, Queen has opened up on her relationship with fellow housemates, WhiteMoney and Cross.

She described WhiteMoney as her acting Boyfriend, stating that he is the one she’s been closest with ever since she stepped into the house.

“Life is hard for the poor, don’t film them while giving them bread”

Femi Fani-Kayode lied, he didn’t even know when I moved to APC