#BBNaija: “No hope for Whitemoney” – Reactions as Michael and Jackie B link up outside the house (video)

It appears Big Brother Naija season 6 housemates, Michael and Jackie B have continued their love outside the house.

The former Big Brother Naija housemates were a thing in the house, unfortunately Michael was evicted and left the house before his love interest, Jackie B.

Following Michael’s exit from the house Whitemoney who had also developed deep feelings for Jackie B tried to shoot his shot, but she turned him down. 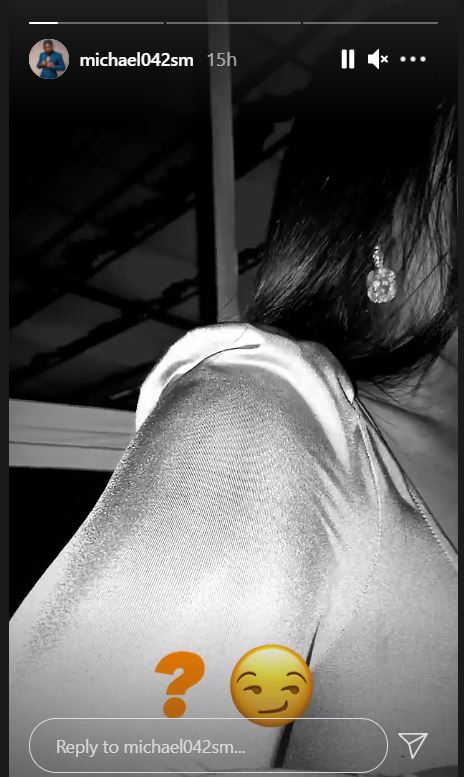 Jackie B was evicted last Sunday and in an interview with show host, Ebuka she revealed she would love to build whatever she and Michael had in the house.

Michael also took to her Instagram comment on section on Sunday night moments after her eviction to state that he anticipates their meeting outside the house.

“I’m thinking coffee and chocolate…get some rest, see you outside”. he wrote.

Well, it appears the lovebirds have finally met and went on a lovely dinner date last night.

Michael took to his Instagram stories to share what looked like a side view of Jackie B, moments later a video of Jackie rocking the same dress and earing as the lady whose side view Michael posted surfaced online, confirming fans guesses.

See some reactions from their fans below,

@adorableapril_c, “And my whitemoney Dey kiss picture Michael Dey collect the real one”.

@star_girl_katie, “Mikool no sabi Nigerians sha😂😂I even had to trace the earrings 😇🤣you upload one side Nigerians go fetch the rest body out”.

Comedian Craze Clown shares his experience with a Lekki hospital