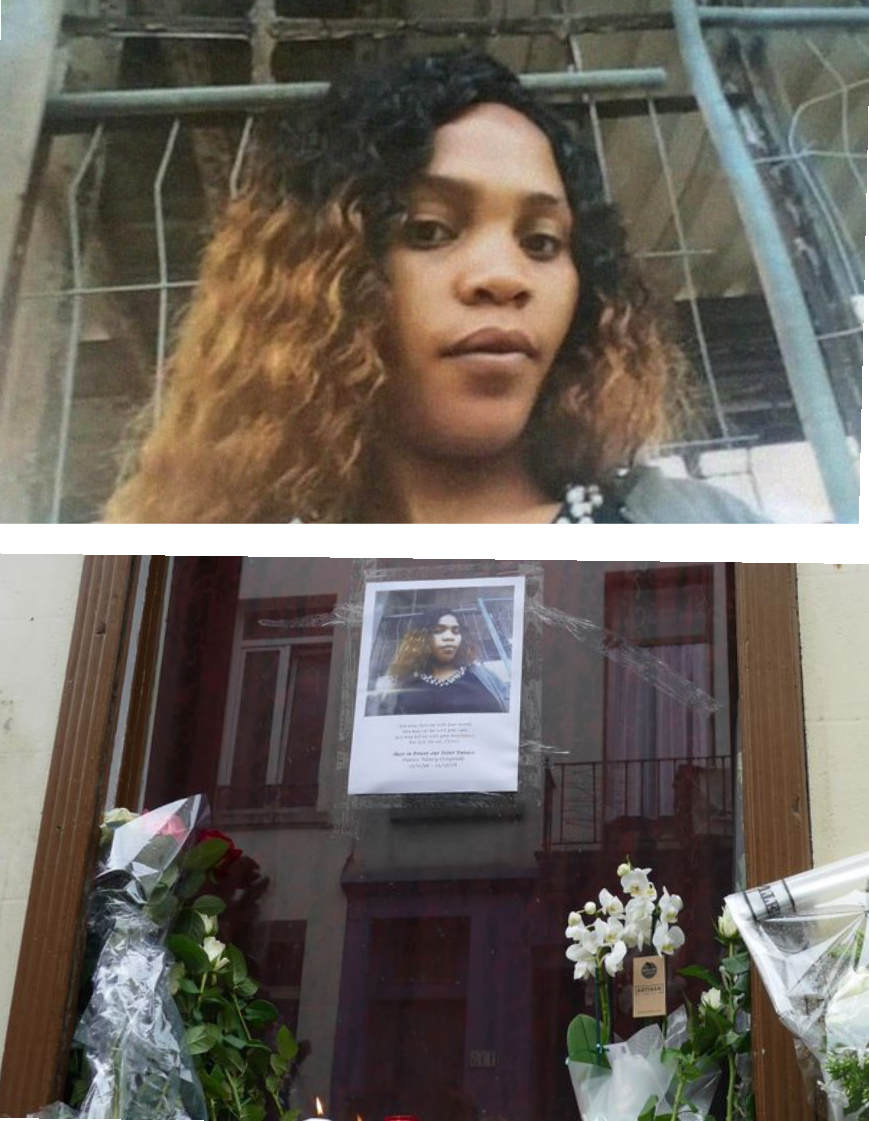 The city of Brussels has said it will name a new street after a murdered Nigerian sex worker, Eunice Osayande, as part of a wider campaign to recognise women in Belgium.

23-year-old Osayande was brutally murdered by one of her customers in the Gare du Nord district in June 2018.

The street will be the first named after a sex worker in the country, according to Belgium broadcaster RTBF.

The street that will carry her eponym will connect the Quai de Willebroeck and the Quai des Péniches, nearby the North Station, behind which Osayande was murdered.

Five years ago, Osayande came into the hands of a gang of men who promised her a brighter future and work in Europe, leading her, alongside some other girls, to begin her difficult journey to Belgium, which included crossing over to Italy on a rubber boat, and being raped multiple times.

Upon arrival in Brussels in 2016, she was immediately forced into prostitution and had to pay her pimps €45,000 for the smuggling, as well as paying rent for a filthy flat where she lived together with several other victims.

In June 2018, she was stabbed with 17 knives by a disgruntled customer, a 17-year-old man who was arrested two weeks later. He is awaiting trial.

In January this year, the four people involved in her smuggling were sentenced to between 33 months and four years in prison.

In the weeks leading up to her death, she had contacted a sex worker charity and told them she was experiencing violence and intimidation while working. She feared she couldn’t go to the police because she was an undocumented migrant.

Prostitution is not illegal in Belgium but there are no unified national rules.

A year following her death, her colleagues gathered to commemorate her during a silent march and pleaded with the municipality for better working condition.

Maxime Maes, director of the UTSOPI sex workers union in Brussels, who organised the march and was closely involved with the case, welcomes the tribute to a colleague that “was brutally taken from us”.

“Sex workers are often forgotten, this time it will not be the case,” Maes said.

“Eunice’s death has been extremely distressing, especially for undocumented migrants in the area where she worked. The area has seen increasing violence and the most marginalised women are targeted.” she told BBC.

By naming a new street after Ms Osayande, the City of Brussels said it wanted to draw attention to all the “forgotten women who are victims of human trafficking, sexual violence and femicides”.

The new street, which will be in the north of Brussels city, is part of an ongoing initiative by the council to name more areas after women.

The council has already named streets after several notable women, including resistance fighters Yvonne Nèvejean and Andrée De Jongh, and a bridge after Suzan Daniel, a Belgian LGBT activist.

But Ans Persoons, Alderwoman for the city of Brussels, said: “Feminism for us is not just about women who excel. Inclusive feminism is about women’s rights and struggles at every social rank.”

Ms Persoons said 42% of women in Belgium between the ages of 16 and 69 have experienced physical sexual violence at some point.

“This percentage is much higher among sex workers. And that is precisely why Eunice Osayande gets a street.”

The street, which is under construction, will be officially opened in the next few months.

The city council say sex workers and migrant communities will be invited to speak at the inauguration.