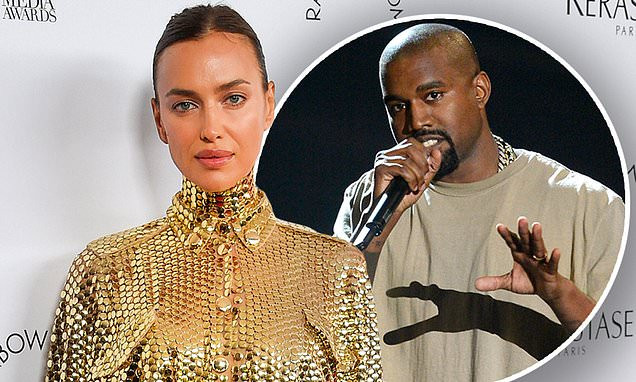 Irina Shayk has refused to speak on her rumoured relationship with Kanye West amid reports they went their separate ways in August after allegedly dating for five months.

The Russian supermodel declined to comment about her short-lived romance with the rapper when asked about him during an interview with Highsnobiety.

In her reply, Irina said: ‘tomorrow there is going to be a rumor that I’m dating my doorman, okay? Then after tomorrow, it’s going to be someone else.’

Adding: ‘Look, there’s always something there, and I’m just keeping it to myself.’

While she would not speak about Kanye, she instead mentioned her ex Bradley Cooper, who is the father of her 4-year-old daughter Lea de Seine.

She said of Bradley: ‘He’s a full-in, hands-on dad – no nanny. Lea went on holiday with him for almost two weeks – I didn’t call them once.’

They also both agree on how to raise her: ‘Me and her father are very strict. When she finishes eating, she gets up from the table, takes her plate, says “thank you.”‘

‘Without “please” or “thank you” she’s not getting anything. It’s hard, because she has so many toys. I had one doll, and I still have this doll. Blonde, blue eyes, big Russian doll. My grandma used to make clothes for her. And I always explain, “Look, this is my doll. I had only one.” Or sometimes, “You have this candy. I used to have candy only for Christmas.”‘

In late August, it was reported that Irina and Kanye called off their alleged romance, after dating for five months.