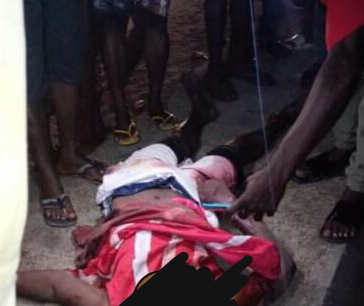 One shot dead, many injured as annual festival turns bloody in Delta community

One person has been killed after violence erupted during a community annual festival in Ughelli Kingdom in Delta State.

It was gathered that several people sustained varying degrees of injuries in the violence that broke out in Ekiugbo and Oto-Iwhreko communities on Thursday evening, September 16, when some irate youths in the area reportedly resumed fresh hostilities.

Spokesperson of the State Police Command, DSP Bright Edafe, who confirmed the incident, said that one person that was killed and not two as being widely rumoured by residents.

The cause of the fracas that led to the violent shooting of rival communal youths is sketchy at the time of this report.

Doris Simeon, Dayo Amusa and others celebrate comedienne Lizzy Jay on her birthday