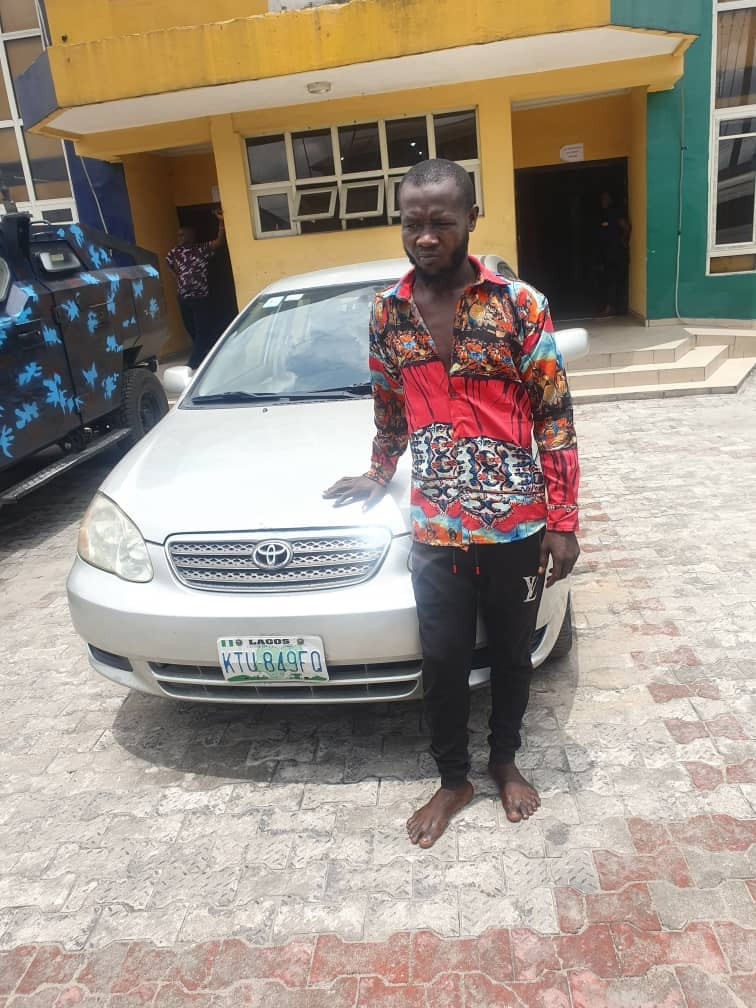 Operatives of the OCTOPUS STRIKE FORCE, River State State Police Command, have arrested a member of a notorious car snatching syndicate that specialises in robbing BOLT/UBER drivers in the State.

Spokesperson of the command, SP Nnamdi Omoni, who disclosed this in a statement on Thursday, said the 21-year-old suspect was arrested on Wednesday, September 15 at about 5:pm.

Omoni said the suspect was nabbed while solving a case of car snatching reported by one Yusuf Ogunshola, a Bolt driver who was hired from Effurun in Delta State to PH, only to be taken to Abel Jumbo street in Mile Two Diobu PH, where two other members were already waiting.

“On arrival, the Bolt driver was attacked at gunpoint and dispossessed of his personal belongings, including withdrawing the sum of #87,000 from his Bank Account. He was thereafter locked in a Toilet belonging to a new Generation Church on the same street,” the statement read.

“In the course of our Investigation, operatives got some clues which ultimately led them to Gambia street in Diobu, where they had perfected plans to sell the said Car. However on sighting the Police, they abandoned the car and took to flight but the suspect; Nnali Osita was not lucky, as he was arrested, while others escaped

“Meanwhile, efforts have been intensified to ensure that the fleeing gang Members are arrested and their operational weapons recovered.” Omoni added.

The Commissioner of Police, CP Eboka Friday has vowed to come hard on all miscreants in the State and is hereby advising all BOLT/UBER or any body in the Transportation business to be circumspect and shun all mouth watering offers; being the antics deployed by these criminals to attack their victims.