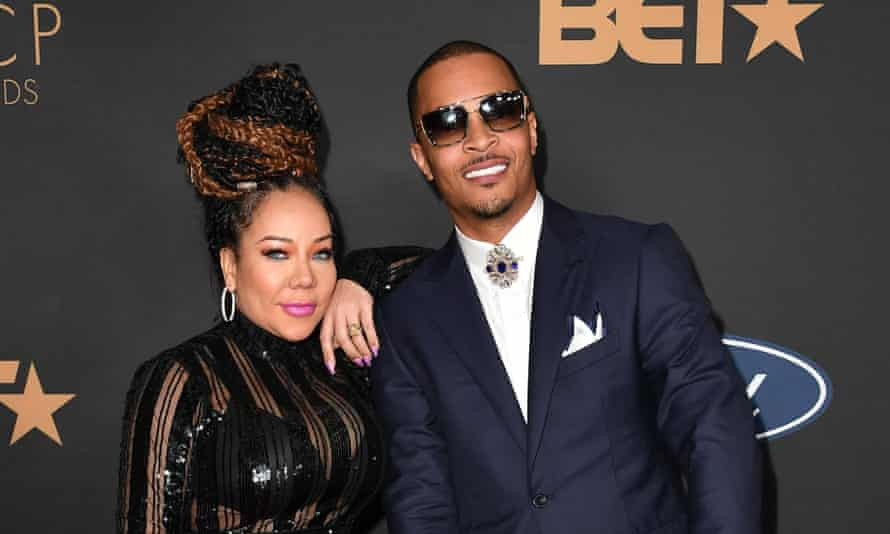 T.I. and Tiny Harris will not face sexual abuse charges in L.A

Rapper T.I. and his wife Tiny will not be prosecuted by Los Angeles officials over a 2005 sexual assault allegations, because the statute of limitations in the case has expired.

The statute of limitations in such cases is 10 years, and the decision to decline the case was based on that timeline, according to documents from the Los Angeles County district attorney’s office.

“Without the strength and weaknesses of the evidence being evaluated, the case is declined due to the expiration of the Statute of Limitations.”

The update was given after a woman reported to Los Angeles police that while with friends in 2005, she met the couple and believed they sexually assaulted her. Her attorney said she was drugged and raped.

T.I., whose real name is Clifford Harris, and his wife Tiny, Tameka Harris, have denied any allegations of misconduct.

The couple’s attorney, Shawn Holley said in a statement on Thursday September 16;

“Mr. and Mrs. Harris are pleased, but not surprised, by the district attorney’s decision to dismiss these meritless allegations,

“We appreciate the DA’s careful review of the case and are grateful to be able to put the matter behind us and move on.”

The woman who made the accusation has not been publicly identified, but her attorney claimed she was given a drink by Tiny, and that later in the couple’s hotel room, she became lightheaded and dizzy and was sexually assaulted.

The woman’s attorney, Tyrone A. Blackburn who reacted to the decision of not going ahead with the case, said;

“The decision by the L.A. prosecutor does not vindicate Clifford Harris or Tiny Harris from the acts of raping and drugging Jane Doe.

“It only amplifies the need to do away with the statute of limitations for sex crimes.”

T.I. and Tiny have repeatedly denied allegations of sexual assault in the past. Earlier this year, when a woman alleged on Instagram that the couple would force women to take drugs and have sex with them and that T.I. once held a gun to her head, their representative said in a statement;

“Mr. and Mrs. Harris want to be on record and more importantly want the public to know they emphatically deny in the strongest way possible the egregiously appalling allegations being made against them.

“The Harrises have had difficulty with this woman for well over a decade, The couple is taking this matter very seriously, and if these allegations don’t end, they will take appropriate legal action.”

In same month when the statement was released, attorney Tyrone A. Blackburn who is representing multiple women claiming to have been sexually assaulted by the couple, claimed his office had been contacted numerous “women, survivors and witnesses” with “a myriad of allegations of forced drugging, kidnapping, rape, and intimidation.” He said the allegations “span over fifteen years” and are “eerily consistent”.