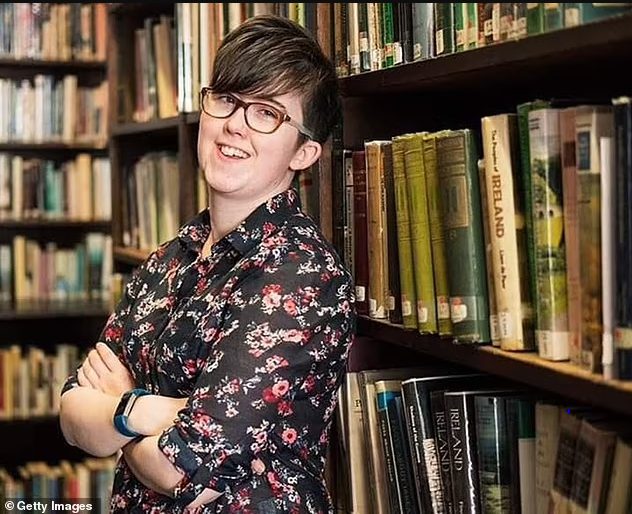 Two men have been charged with the murder of Belfast journalist Lyra McKee, Northern Irish Police announced on Friday September 17.

The 29-year-old was shot dead by in Londonderry in April 2019 as she observed rioting in the Creggan area of the city.

McKee, 29, one of Northern Ireland’s most promising young journalists, was killed as she observed rioting in the Creggan area of the city on 18 April 2019.

A third man, 20, has been charged with riot, possession of petrol bombs and throwing petrol bombs.

All three are expected to appear before Londonderry Magistrates Court via videolink on Friday.

All four men were arrested on Wednesday.

McKee was fatally shot on April 18, 2019, during riots and clashes with police in the Catholic area of Creggan near the Irish border.

‘The tragic murder of Lyra McKee was a reminder that a small minority of individuals continue to seek to cause harm to communities,’ he said.

‘This was an utterly senseless and shocking crime and I applaud the continued work of the PSNI to bring those responsible to justice.

‘The fact that serious charges have been brought forward, which includes two individuals being charged with Lyra’s murder, is to be strongly welcomed and is testimony to that hard work.

‘I would like to thank the PSNI and security partners for their dedication to keeping the people of Northern Ireland safe.’