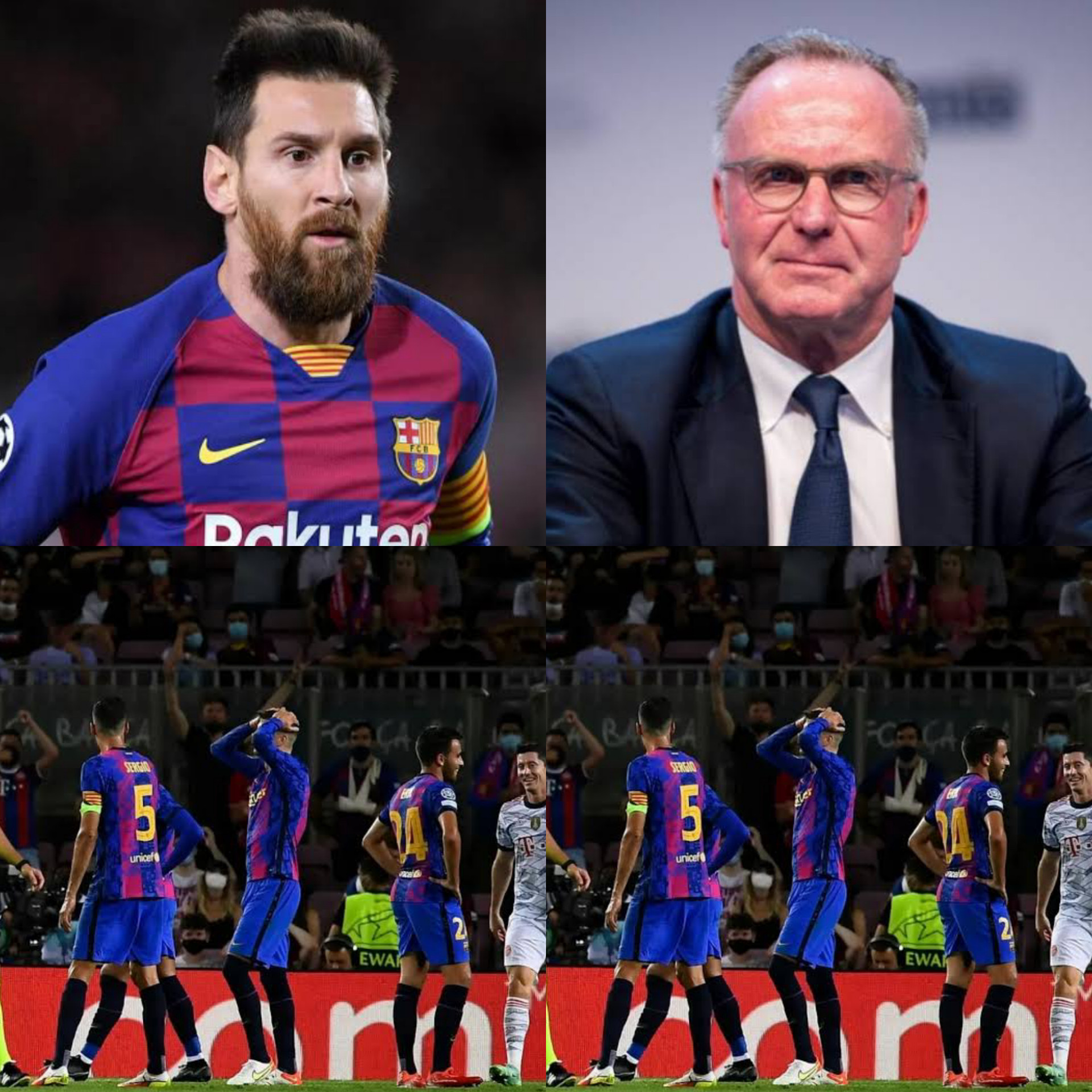 Without Lionel Messi, Barcelona have no soul

Legendary Germany and Bayern Munich striker, Karl-Heinz Rummenigge has said that Barcelona have no soul without Lionel Messi.

The former Bayern Munich CEO stated this as he praised his former club over the way Bayern thrashed Barca 3-0 at the Nou Camp in their opening group game of the 2021/22 UEFA Champion League match.

He said Barca look different without Messi , a player who has been a key figure for the club in the last two decades.

“It’s too early to talk about favourites. [The competition] only really starts with the knockout phase.

“If you look at the team, the way they [Barca] performed tactically. Without Messi, their souls have been ripped out. They are facing difficult times.
“It was imperative to sell him. The Spanish league has scored an own goal with him.”

According to Spanish football news channel El Chiringuito TV, there was a “very tense meeting” between Barcelona president, Joan Laporta and manager Ronaldo Koeman after the match on Tuesday night.

The report added that the Catalan giants may already have a possible successor lined up should Koeman be relieved of his duties, with Johan Cruyff’s son Jordi tipped to come in as interim manager.