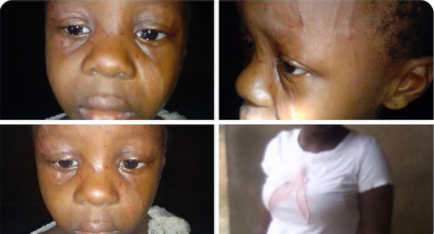 A Twitter user, @YemieFash has called for the arrest of a woman who he accused of brutalizing her child.

The Twitter user identified the woman simply as Ms Tosin and also revealed that she lives in Akure, Ondo state capital.

He stated that the woman should be arrested for allegedly physically assaulting a minor.