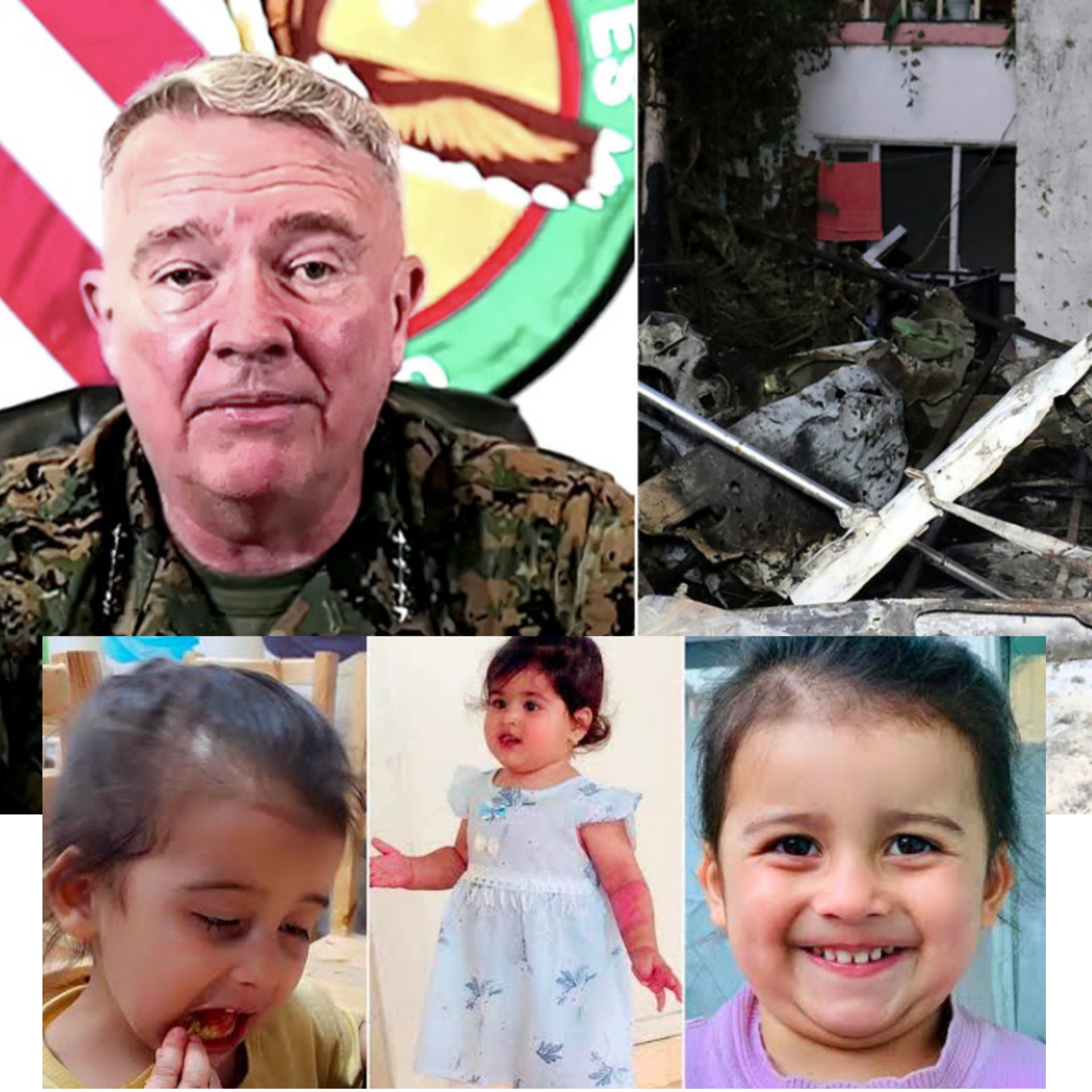 The United States military has come out to apologize after finding out that it’s drone strike on a vehicle in August  killed 10 civilians including children who were not associated with ISIS-K terrorists.

In the final week of the US’ chaotic withdrawal from Afghanistan, ISIS K launched suicide bomb attacks in Kabul killing 11 US soldiers and over 90 Afghans.

The US two days later claimed it had retaliated against ISIS-K using a drone strike against a vehicle that was loading bombs heading to the Kabul airport. The US military claimed it had killed at least one ISIS terrorist.

But on Wednesday, September 15, an investigation by the NewYork times found out that the drone strike didn’t kill any terrorist but rather two men who worked for a California based humanitarian agency and children most of which were from the same family .

Following the investigation reports, the US military launched its own investigation and now Gen. Frank McKenzie, the top general of US Central Command has announced that all of those killed in the residential compound were civilians.

McKenzie told reporters at the Pentagon on Friday night, September 17, that the strike — which he said killed seven children — was a “mistake” and offered an apology.

“This strike was taken in the earnest belief that it would prevent an imminent threat to our forces and the evacuees at the airport, but it was a mistake and I offer my sincere apology,” he said.

McKenzie added that he is “fully responsible for this strike and this tragic outcome.”

The Pentagon’s announcement will likely fuel more criticism of the Biden administration’s chaotic evacuation of Kabul and handling of the withdrawal from Afghanistan more broadly.

Confirmation of the civilian death toll also provides insight into the obstacles ahead for military and intelligence officials who will now have to fight terror threats in Afghanistan with no diplomatic or intelligence staff on the ground.

In the lead up to the strike, drone operators surveilled the courtyard for up to 4 to 5 minutes. In that time, a male driver left the vehicle. One child was parking the vehicle and other children were present in the car and the courtyard –

The military based the strike on a reasonable certainty standard to launch the strike on the vehicle. Tragically, it was the wrong vehicle.

The US said that in the time leading up to the strike, the US had at least 60 different intelligence reports about threat streams toward US forces at Hamid Karzai International Airport.

Also Joint Chief of Army Staff, General Milley released a statement on the strike calling it “a horrible tragedy.”

“In a dynamic high-threat environment, the commanders on the ground had appropriate authority and had reasonable certainty that the target was valid, but after deeper post-strike analysis, our conclusion is that innocent civilians were killed,” Milley said in a statement.

“This is a horrible tragedy of war and it’s heart wrenching and we are committed to being fully transparent about this incident,” he added.

US Secretary of Defense Lloyd Austin also apologized for the strike in a statement on Friday, and offered condolences to the family of Zamarai Ahmadi, the driver of the car targeted in the strike.

“We now know that there was no connection between Mr. Ahmadi and ISIS-Khorasan, that his activities on that day were completely harmless and not at all related to the imminent threat we believed we faced, and that Mr. Ahmadi was just as innocent a victim as were the others tragically killed,” he said.

Austin said he is directing a “thorough review” of the investigation conducted by Central Command and the information that led the US military to conduct it.

Austin said the military, when it has reason to believe it has taken innocent life, “investigate it and, if true, we admit it.”

“But we also must work just as hard to prevent recurrence — no matter the circumstances, the intelligence stream or the operational pressures under which we labor,” he added. “We will do that in this case.”

In response, Human rights group, Amnesty International said Friday’s admission was an an “important step toward accountability” but added that Washington needs to take more steps, including paying reparations to family members and survivors of the strike.