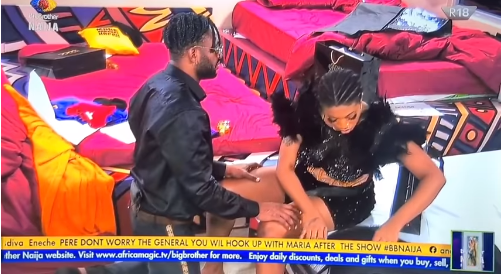 Cross who seemed to be off during last night’s house party, was spotted kneeling down to beg his closest female housemate, Angel, after the party ended.

While Angel seemed not to care about him begging or kneeling down, Cross continously asked what he did wrong. However after Angel repeatedly told him there’s nothing wrong and also stopped responding to him, he eventually stood up and left the room.