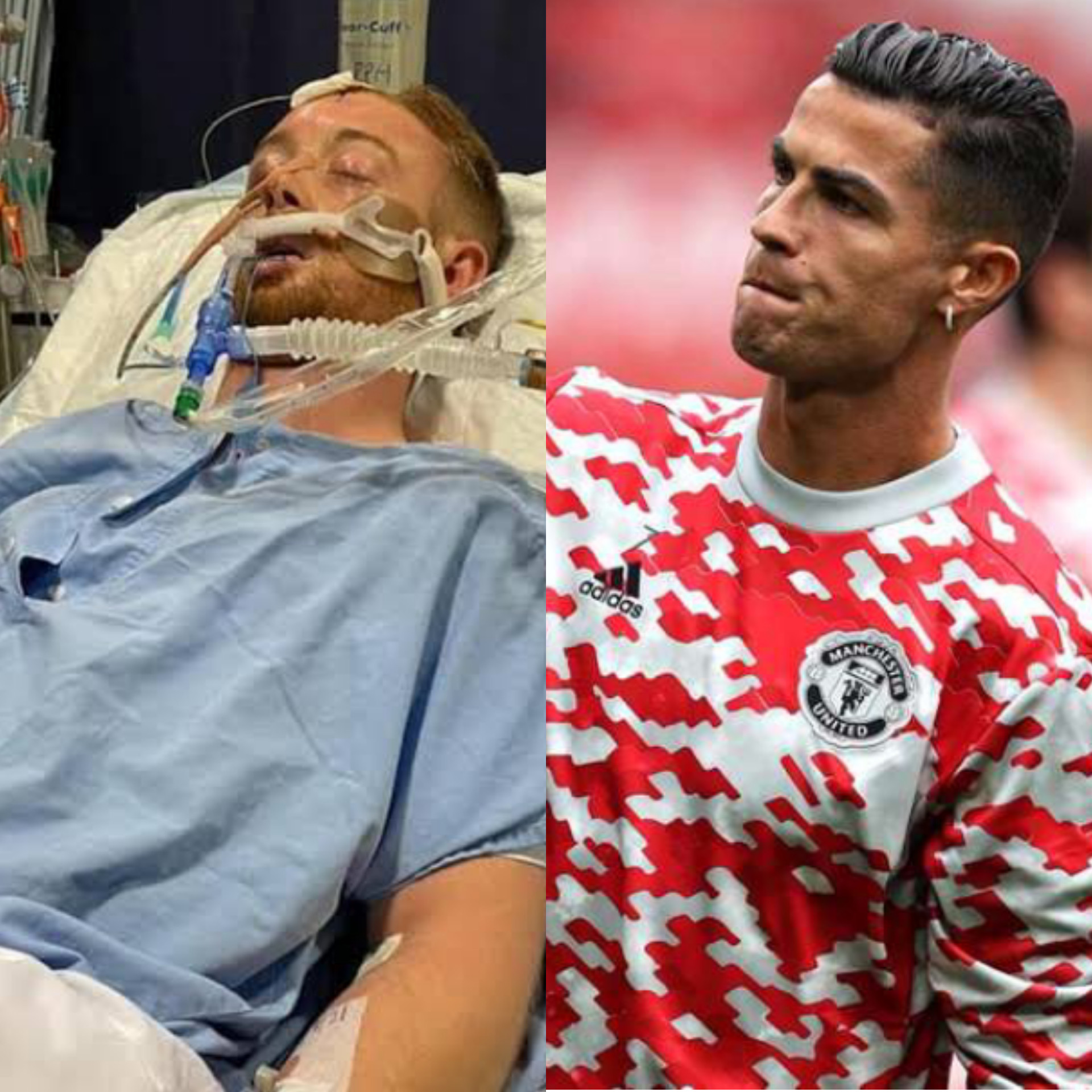 Manchester United star, Cristiano Ronaldo has reached out to English striker, Danny Hodgson who has been left critically injured after an unprovoked attack and is currently fighting for his life.

Danny Hodgson, who plays for ECU Joondalup in the National Premier Leagues Western Australia, was admitted to Royal Perth Hospital after an alleged unprovoked attack on September 4.

The English striker underwent emergency surgery before being placed in an induced coma, and is now staying in ICU in a stable but critical condition.

Hodgson turned 26 on Sunday, September 19, and Manchester United star Ronaldo did well to send him a personal video message to mark the occasion.

“Hi Danny, I just heard about your history, I hope you get well soon,” said Ronaldo..

“I invite you to come to one of [our] games in Manchester, so get well soon my friend. Take care.”

Ronaldo’s team-mate and England goalkeeper Dean Henderson also reached out to Hodgson, who he played alongside at Carlisle United earlier in his career.

“Stay strong, stay in there, you’ll get through this, I promise,” he said. “I know how hard you are and you’ll be fine.

“I can’t wait to get you over to a [Manchester United] game and meet the boys. I’ve told them all about you and we’re all in your corner … we just wish you all the very best.”

Manchester City have sent their own message of support to Hodgson along with a number of other UK-based clubs, and ECU Joondalup have organised a fundraising match against A-League outfit Perth Glory which is due to take place at Dorrien Gardens on Tuesday.

“Today our beautiful son Danny Hodgson turns 26. While we can’t visit him in ICU for his birthday, we continue to send him unconditional love from our Pan Pacific Hotel quarantine room,” the statement reads.

“While we are immensely proud of Danny’s many football achievements, we are even prouder of his off-the-field achievements. He is hard-working, kind-hearted, funny, and quite simply a lovely young man.

“Danny is a wonderful son, a great brother to Joe and Abby, and a loyal and trusted friend. He is a devoted boyfriend to his gorgeous and compassionate Jess whom we also love dearly.”

‘I lost my job yesterday!’