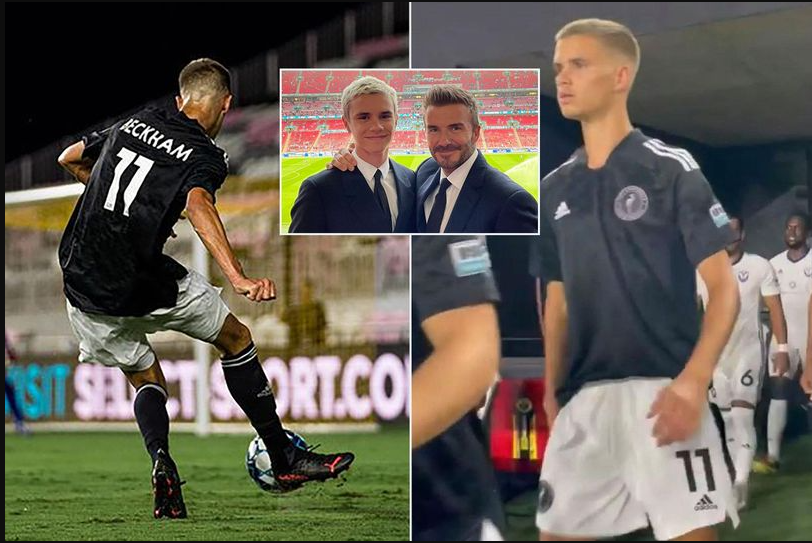 Romeo Beckham, the second son of former England captain David Beckham, has made his professional football debut for American third-tier side Fort Lauderdale.

The 19-year-old joined the reserve team of Inter Miami, the Major League Soccer side founded and owned by his father, earlier this month and his first outing came in a 2-2 home draw with South Georgia Tormenta on Sunday.

Beckham Jr started on the right wing, just like his father used to do for Manchester United and England, before being taken off in the 79 minutes without a goal or an assist to his name.

The teenager played alongside with Harvey Neville, the son of former United star and current Miami head coach Phil.