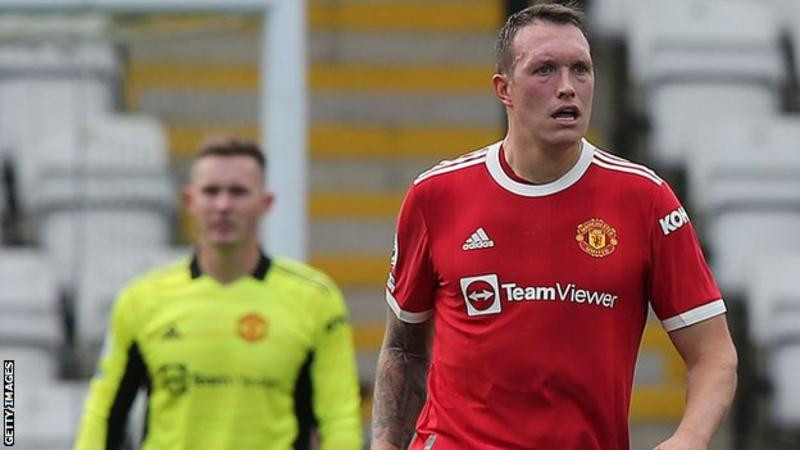 I have ‘been through hell and back’ – Man. Utd defender, Phil Jones opens up injury struggles and lockdown

Manchester United defender, Phil Jones has opened up on struggling with injury and lockdown, saying he’s  “been through hell and back over the last couple of years.”

Jones, 29, missed the entirety of last season with a knee issue and last played for United’s first team in January 2020 in the FA Cup third round.

He is now returning to fitness and has completed two 90-minute games for the under-23 side in as many weeks.

Jones told the club’s website he was “feeling good at the minute”.

He said: “Thankfully, I see the light at the end of the tunnel now, and I’ve been back training, played a few behind-closed-doors games and I’m feeling really good at the minute.

“It’s so good to be back out training with the lads and enjoying being a footballer again because for the last 15 months, it’s been all ‘daddy day care’ and not much football.

“I kept myself in great shape over lockdown and came back. But I remember just training out here [Carrington] and going into the doc and saying ‘enough is enough’.

“Obviously, I’ve been through hell and back over the last couple of years. I struggled with my knee a little bit and [there] came a point after lockdown where I thought enough was enough.”

Jones said he been a figure of ridicule for his own supporters, and was once verbally abused in the street in Hale while out with his two daughters.

Jones told the Times: “I got so many emotions: rage, calm down, do I confront him, what do I say to my wife? I froze. In the end another guy walking past said, ‘Phil, leave it. Hey, you’re better than that.'”

He said he felt helpless after undergoing knee surgery, adding: “It was the lowest I’ve ever been as a human being. I used to come back [from United’s training ground] and be in bits.

Jones also said he was disappointed by criticism from former team-mate Rio Ferdinand, who last month called him “a waste of time” and added: “I’m private, so maybe people don’t understand me, but (…) I’ve done my absolute utmost.”

Jones was signed by Sir Alex Ferguson a decade ago from Blackburn and has gone on to play more than 200 games for the club, winning the Premier League title in 2012-13, the FA Cup in 2016 and the Europa League a year later.

Lady kills her daughter just to satisfy her new husband

Marriage is out of my plans for now, I’ll continue putting up my pu*sy for sale – Popular prostitute says in viral video