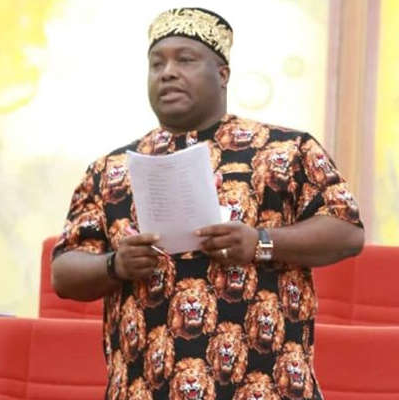 Ifeanyi Ubah, the governorship candidate of the Young Progressives Party, has said there will be trouble if the proscribed Indigenous People of Biafra insists that the November 6, 2021 election won’t hold.

IPOB had threatened that there will be no election in the entire South-East zone till it achieves its agitation for secession from Nigeria.

Reacting to IPOB’s stance, Ubah, who represents Anambra South in the upper legislative chamber, told BBC Pidgin on Monday, September 20: “We will talk to our brothers – the IPOB people, they should not say no election because if they say so, they will be imposing something we don’t want.

“So, we have to tell them the importance. We know they have power but let them pipe down for us to do this election because if we don’t do this election proper, there will be trouble. Anambra is the head of Igbo Nation.”

Reacting to the sit-at-home order by IPOB in the South-East, Ubah said, the adverse effects it has caused the people cannot be estimated.

He added: “The trauma also is so much. The truth about it is that our governors should wake up and engage with IPOB.

“It is IPOB that gave such order; talk to them, tell them that we are losing. We are agitating, we must fight for our brother but we can’t also be fighting for our brother and suffering our people.”

He continued: “I believe in Nigerian entity, I believe also that we, the Igbos, through the instrumentality of our state governments, can make Igbo a mini-nation inside the nation.

“We have everything as contained in the Nigerian constitution as a legitimate state, a state that can make what we want. I don’t think unless I change the name of the state; I believe that the more I get from Nigeria, I can now partner with our brothers abroad to bring the aspirations and what they want in the state.”