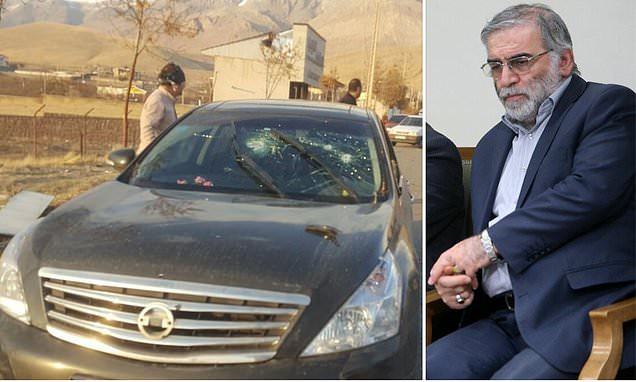 According to the new report by The New York Times, Israel reportedly mounted the gun on a pickup truck by the side of the road and, when Fakhrizadeh’s car approached had a distant operator fire the gun using a satellite link.

The attack was precise, but didn’t kill Fakhrizadeh’s wife, and may not have used facial recognition to assist with aiming as unnamed Iranian officials said.

While Israel purportedly used the Artificial intelligence to compensate for the satellite system’s lag and gun recoil, Israel Mossad operatives identified Fakhrizadeh by staging a decoy car with a camera to force a U-turn and get a clear image.

Neither Israel nor Iran has publicly confirmed the use of a robotic gun, although The Times’ story is based in part on the Fakhrizadeh family’s statements to reporters.

After the assassination, the Israeli operatives exploded the truck in a bid to destroy the evidence, but the equipment remained intact (if inoperable). That was how Iranian investigators determined the nature of the attack .

The remote gun was supposedly difficult to set up as Israel reportedly smuggled parts in very gradually.

Israel kelt agents out of harm’s way and avoided raising alarms like a drone. If the gun had been destroyed as planned, Iran might have been unable to determine the assassination method.

With this report, espionage might take a new turn as secret agents can now use robotics to take out targets with little risk to themselves, little warning to enemies and a greater chance of deniability.