This comes after the controversial crossdresser shared a video in which he attacked those who mock him for not ‘packaging’ his manhood properly in his feminine outfits. 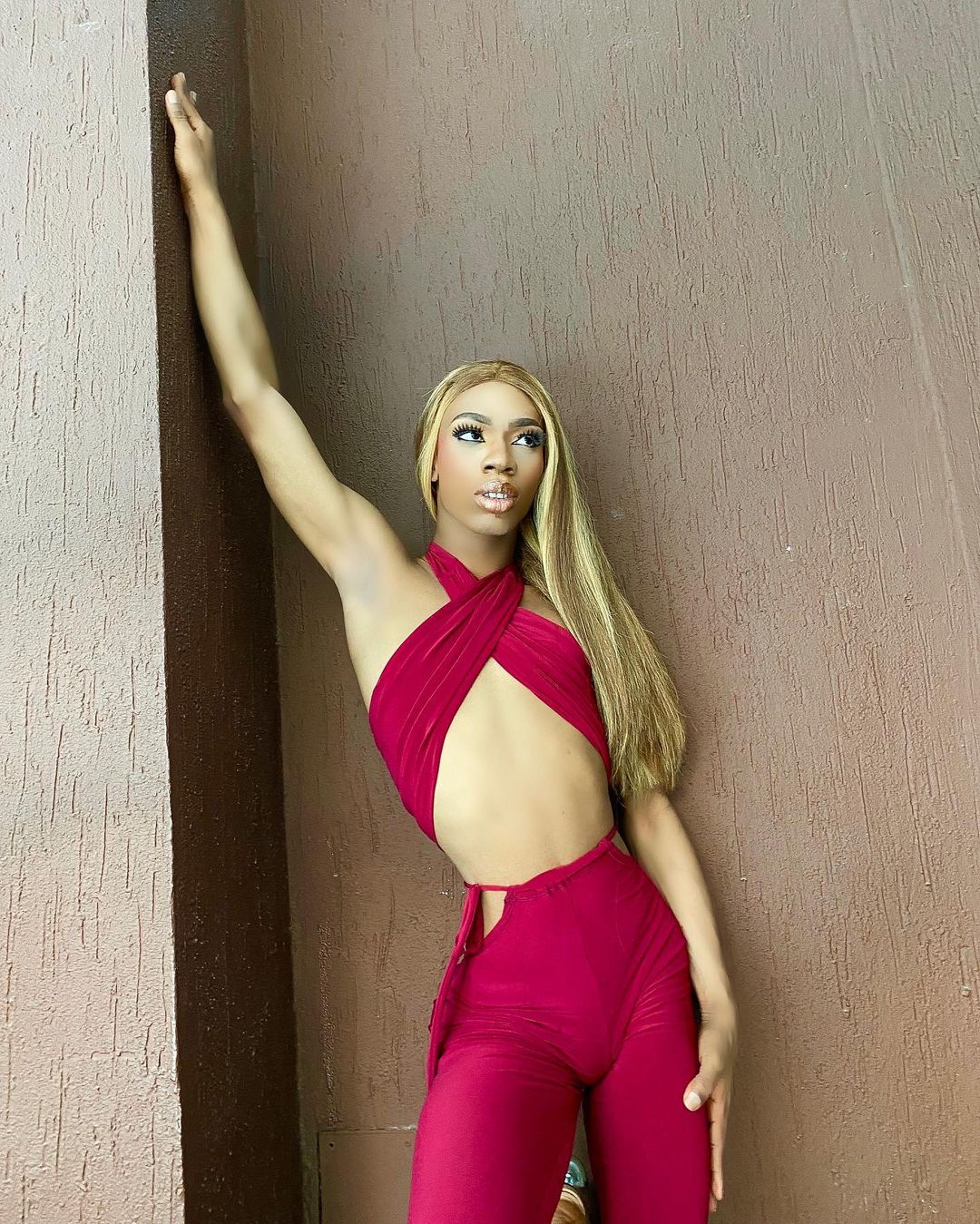 “Hey durling, it’s your girl, James Brown
I will post a picture, they will say “James you did not pack your prick well”, “you did not do this well”
Are you mad? Are you stupid? Your mama no tell you how to shut your mouth?
Those shepeteri girls, those nuisance, irritated
Bitch, I’m more beautiful and cute than you
I’m a clearer version of your future
Watch me and learn”

Toke Makinwa was apparently amused by the video as she took to her Twitter page to reveal that James Brown is her spirit animal.

She wrote; “I am a clearer version of your future. James Brown is my spirit animal.” 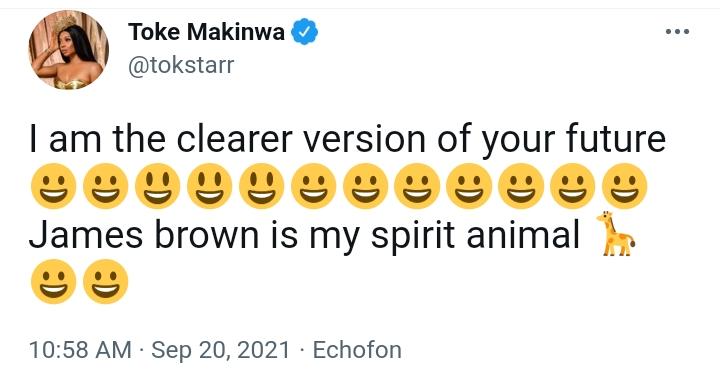