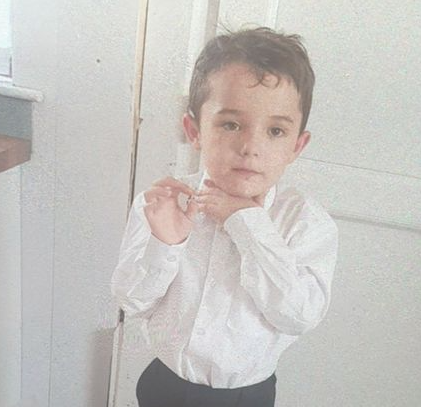 A seven-year-old boy who went missing and sparked a frantic police search has been found in his grandmother’s loft.

East Ayrshire Police issued an appeal around 10.20pm, and some locals spent the entire night searching for the boy.

The force this morning confirmed that Carson has been found “safe and well”.

Mum Gemma Glover, 27, from Glasgow, said he had been staying with his grandmother Jacquie McCartney in New Cumnock for the past few months.

She told reporters: “It’s such a massive relief.

“Police searched the loft three times last night but came in with specialist equipment this morning.

“I’ve never felt anything like it, it was crazy. All night I was thinking how cold it was and in my mind I was like ‘he’s not survived that’.

“It was so cold last night and we genuinely thought he was out the house. The main thing is he’s all right. I can’t explain the emotion, it’s crazy.”

The boy’s mother explained that her missing child had wrapped himself in insulation and was tucked away at the end of the loft.

A Police Scotland spokesperson added: “He was found hiding in a wall cavity during a detailed search of his home address by specialist officers.”

Supermarkets gave out food supplies as the tireless search continued until police announced today that the boy has been found.

Mum Gemma, who also has a little girl, praised the efforts of those who searched for her son, adding: “The amount of people who drove through to search for him was amazing.”

She went on: “We hunted the house but the loft goes a bit back and he was in there.

“I’m laughing now but, believe me, I wasn’t laughing before.”

His uncle Alec McCartney said it was a “massive relief” for the whole family after his nephew was discovered by specialist cameras “lying sleeping, sort of covered” with a wrap of insulation over him.

“There were so many people out searching for him this morning, it’s really helpful having people around about you. It’s a good outcome for everybody,” he said.