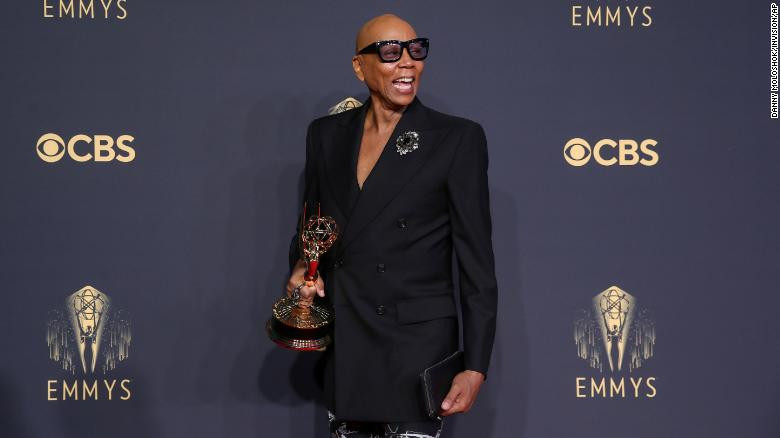 Legendary television figure whose full name is RuPaul Charles, on Sunday night, September 19, made Emmy history by becoming the most-awarded person of color in the show’s history with 11 wins.

The host and producer broke the record for the most Emmy wins by a person of color, as “RuPaul’s Drag Race” was named outstanding competition program on Sunday night. The series is the most-awarded reality competition show at the Emmys.

His show knocked out popular shows like Nailed It!, Top Chef, The Voice, and The Amazing Race.

Delivering a moving speech at the event, he said;

‘Thanks to all of our lovely children on our show, from around the world.

‘They are so gracious to tell their stories of courage and how to navigate this difficult life, even more difficult today. This is for you.

Six of RuPaul’s wins were for outstanding host for a reality or competition program, the latest of which was won at last weekend’s Creative Arts Emmys.

Hosted by comedian and actor Cedric the Entertainer, the Emmy Awards saw stars come together in Los Angeles to celebrate the best of TV.

The awards ceremony had been held at The Microsoft Theatre since 2008 but the event was took place in a tent in downtown this year, while 2020’s ceremony was held virtually due to Coronavirus restrictions.