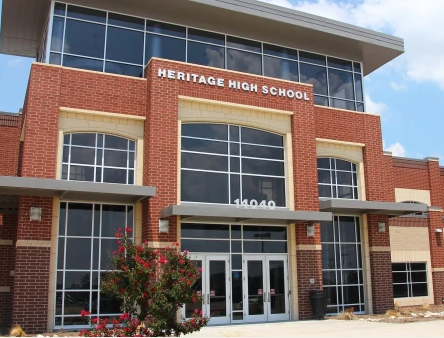 Two students have been injured in a shooting at a high school in Virginia, according to police.

The shooting broke out around noon at Heritage High School in Newport News on Monday, September 20.

Newport News Police Chief Steve Drew said the two teenagers who were shot, both 17 years old, were not believed to be in life-threatening condition.

Students were being sent to outdoor tennis courts on the school grounds as police officers entered a building, according to WAVY-TV.

As part of the effort to evacuate students, parents were told to pick up their children at the tennis courts.

The Achievable Dream Academy nearby was also placed on lockdown, according to the TV station.

“Access to wealth does not guarantee happiness or peace of mind”