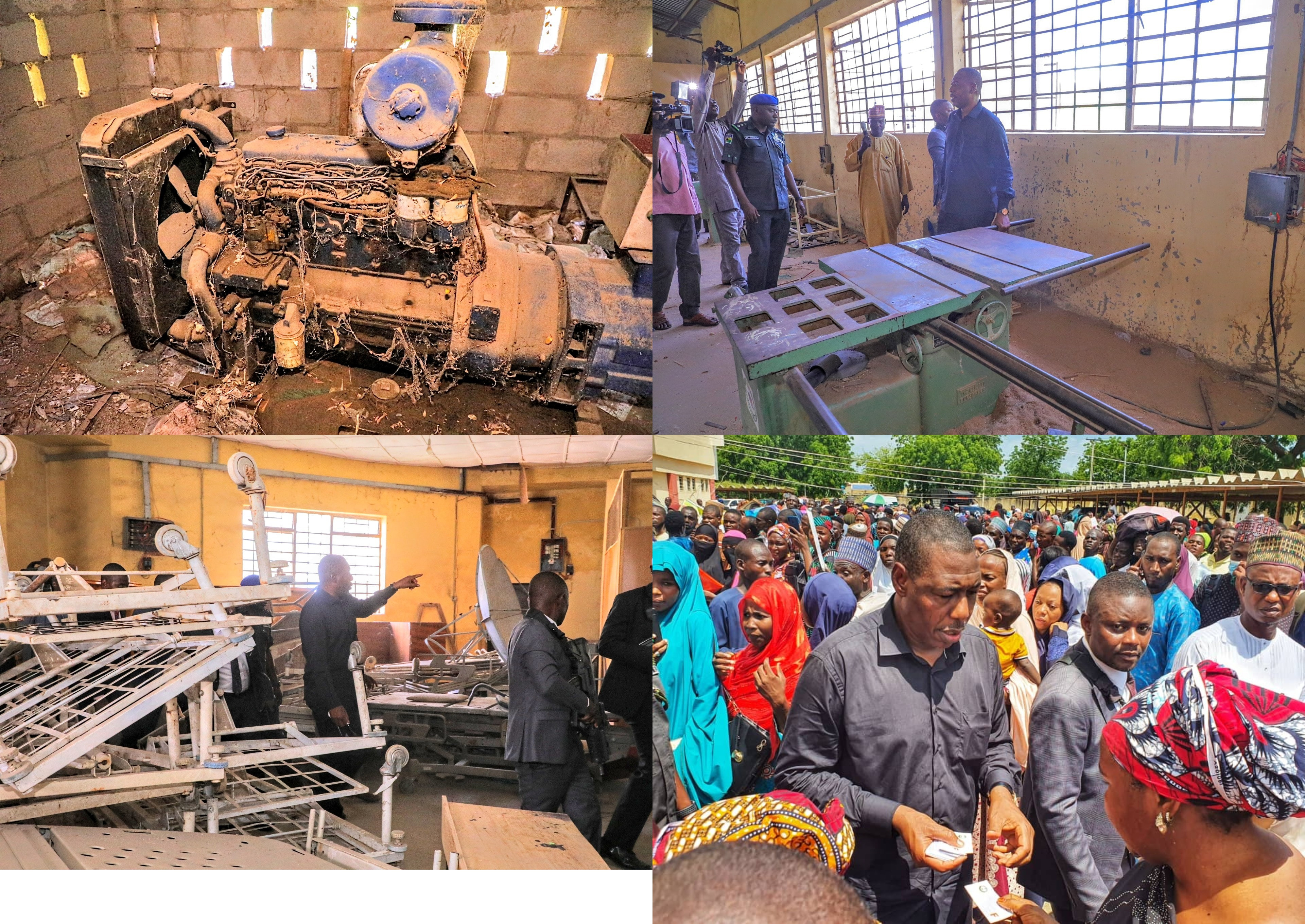 Borno state governor, Babagana Zulum, today suspended the entire management of the state-owned polytechnic, Ramat Polytechnic, for a period of six months after paying a surprise visit to the institution.

Zulum was a student of the Polytechnic from 1986 to 1988 and bagged National Diploma in Agricultural Engineering before returning to the Polytechnic as a rector from 2011 to 2015. The Governor was shocked to see workshops and laboratories were no longer functioning, as the “Polytechnic is dead”.

The Governor visited the Polytechnic around 9:00am and found most of the laboratories out of use, with some covered by cobwebs and rodents roaming around due to neglect. Zulum assessed all infrastructures and learning conditions, and thereafter, directed the State’s Commissioner of Higher Education, Science, Technology and Innovation, Dr. Babagana Mallumbe to take over the affairs of the School immediately.

“As far as I am concerned, this Polytechnic is dead. Nothing is working. The workshops are not in existence, the mechanical workshop is not working, the agricultural workshop is not working, likewise the entrepreneurship centre is not working. The School is facing myriads of problems, ranging from lack of funding and commitment. As former student of this polytechnic, a former rector, I have moral stakes in this polytechnic. Insha’Allah, I will not allow this polytechnic to rot during my era as Governor of Borno State. I will do everything possible within my reach to ensure functionality of this institution insha Allah.”

“I have directed the Commissioner of Higher Education, Science, Technology and Innovation to take over the affairs for the next six months. The ministry is to ensure that all the Workshops and the laboratories are put back to use as soon as possible. The entrepreneurship centre should immediately be put back to use as well. When I was at the Polytechnic as rector, the entrepreneurship centre was producing nothing less than 10,000 to 20,000 school desks and chairs every month. We produced hospital beddings” Zulum said.

The Governor held a closed-door meeting with top management of the Polytechnic. He directed the ministry of water resources to drill two deep aquifers borehole and carry out a complete water channel network within the polytechnic, which is coming after prior interventions he approved for Polytechnic in 2019, to reduce problems of water supply.